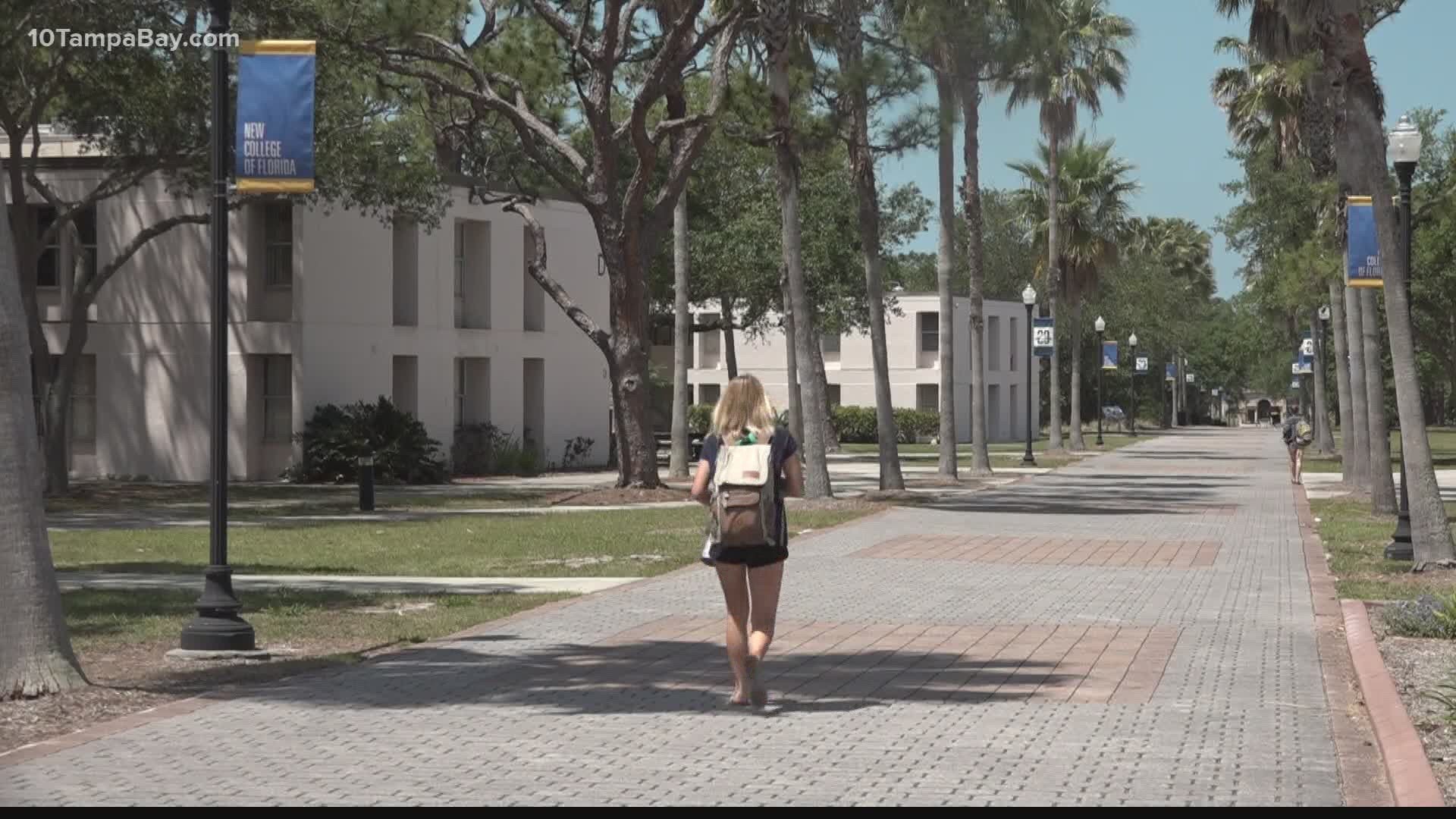 TAMPA, Fla. — Gov. Ron DeSantis vetoed a list of items on Tuesday, but one of those included the entire budget for an online education service that helps students get a higher education degree for free.

"I was an adult returning to college," former student Kelly Johnson said, "I was actually getting my bachelors degree while on bed rest with twins. Not only does the program support online learning, it also supports libraries and access to important materials for students. I was not able to get up and go to the library because I was on bed rest and there are other people with similar stories too. This is a great tool for them."

Complete Florida is a virtual program created to help the state's almost three million adults who have earned some college credit but not a degree. The program helps them get a degree and since it's funded by the state, the services offered are free.

We reached out to DeSantis' communications team asking why? What was the motivation to cut the virtual learning program? But did not hear back from them.

"My initial reaction was I was hurt because I know what it's like to go back to school as an adult and for any program to get cut I really didn't understand what the meaning was behind that or why it would even happen," Johnson said.

The State University System did release a statement supporting the budget cut writing: "The Governor’s veto provides a pathway for the planned transition of programs that are essential to universities and colleges, including online education services, out of the University of West Florida (UWF). The State University System is collaborating with UWF and the Florida Department of Education to ensure a smart and strategic plan for the transition of the essential programs. This transition allows us to address previously identified challenges within the Complete Florida Plus Program, while continuing the critical components that are of great benefit to our college and university students. We are confident that new management will improve oversight and decision-making processes. We look forward to sharing more details in the coming months."

And the University of West Florida also released a statement writing: "As expressed in the February 2020 letter to the University of West Florida Board of Trustees chair, UWF fully supports the proposal to transition critical components of the Complete Florida Plus Program to another entity within the state. We remain invested in and committed to the success of the valuable services. We will work closely with the SUS Board of Governors and the Department of Education to develop a meaningful and strategic plan for transition."

Despite the unclear motivation as to why the Governor killed funding for this virtual education program, one other question was bugging some students: why now?

"The timing was odd to me because over the last months in the pandemic we've learned that online learning is necessary and effective," Johnson said, "So why would we do anything to cut out a program that would make that more accessible to Floridians?"

Complete Florida and its budget have been controversial in the past after the University of West Florida was accused of taking more than $2 million from its budget. That led to an audit declaring UWF should return that money to the program.