Leaders across the bay area are discussing extending the ban beyond Florida's rainy season. 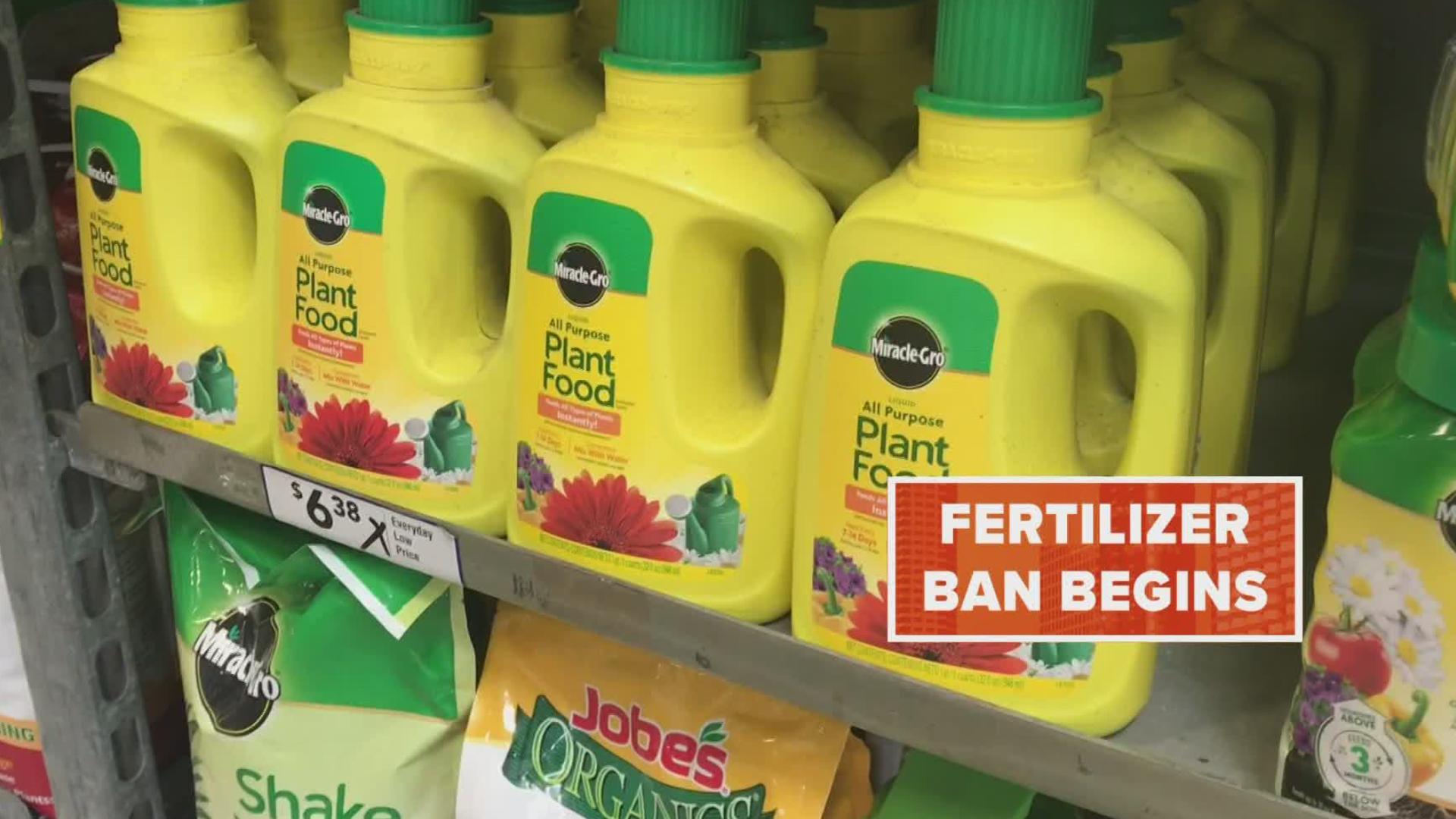 Cities across the Tampa Bay area have been scrambling in recent weeks to combat the impacts from red tide on the region's waterways.

On top of the smell of rotting fish keeping tourists away from beaches across the coast, more than 1,200 tons of dead sea life have been removed in Pinellas County alone.

The situation has become so severe St. Petersburg city council members have asked Gov. Ron DeSantis to declare a state of emergency.

Council members are also calling on Pinellas County to extend its fertilizer ban.

Between June 1 and Sept. 30, fertilizer application is banned in Pinellas, Manatee and Sarasota counties, as well as the city of Tampa. But Hillsborough does not have a ban.

However, Commissioner Mariella Smith is pushing to create an ordinance that's a little more stringent than neighboring municipalities.

Smith told 10 Tampa Bay she would like to see Hillsborough ban fertilizer use from June 1 through the end of hurricane season, which would be Nov. 30.

"It’s something small we can each do," she said. "If we each do our little piece we can make a difference in our little corner of the world."

Increased rainfall during the summer months, which increases runoff into area waterways is what necessitates such a ban, supporters say. Nutrients found fertilizers can wash into storm drains which flow into creeks, lakes, the bay and ultimately into the Gulf of Mexico.

Those nutrients fuel the red tide organism, Karenia Brevis, and can lead to the massive blooms seen now in much of the bay.

Maya Burke, assistant director of the Tampa Bay Estuary Program, says the number one nutrient pollutant found in the bay is nitrogen, a key ingredient in fertilizers.

"Fertilizer ordinances are one tool that we have to control the nutrient pollution that we all can contribute to," she says.

Many people may be pointing the finger at the former Piney Point phosphate plant for the recent red tide conditions. In April, more than 200-million gallons of nutrient-rich wastewater was dumped into Tampa Bay in order to avoid flooding neighboring homes.

While scientists have not made a formal connection, Burke says a majority of research shows, year in and year out, it's our own actions that contribute to nutrient pollution in the bay.

According to Burke, more than 60 percent of the nitrogen pollution in Tampa Bay comes from "non-point" sources, which include excess fertilizer used in agriculture and neighborhoods.

But a ban on fertilizer can only go so far.

A state law doesn't allow municipalities to ban the sale of fertilizers. The city of Tampa has such a rule, but it was grandfathered in when Florida passed its law.

So, the responsibility lies mainly on individual people.

"If we do a better job of controlling [fertilizer] pollution, that can make it so when we do have these red tides, which occur naturally, we don't make them worse because we've done these bad things in our yards," Burke says.