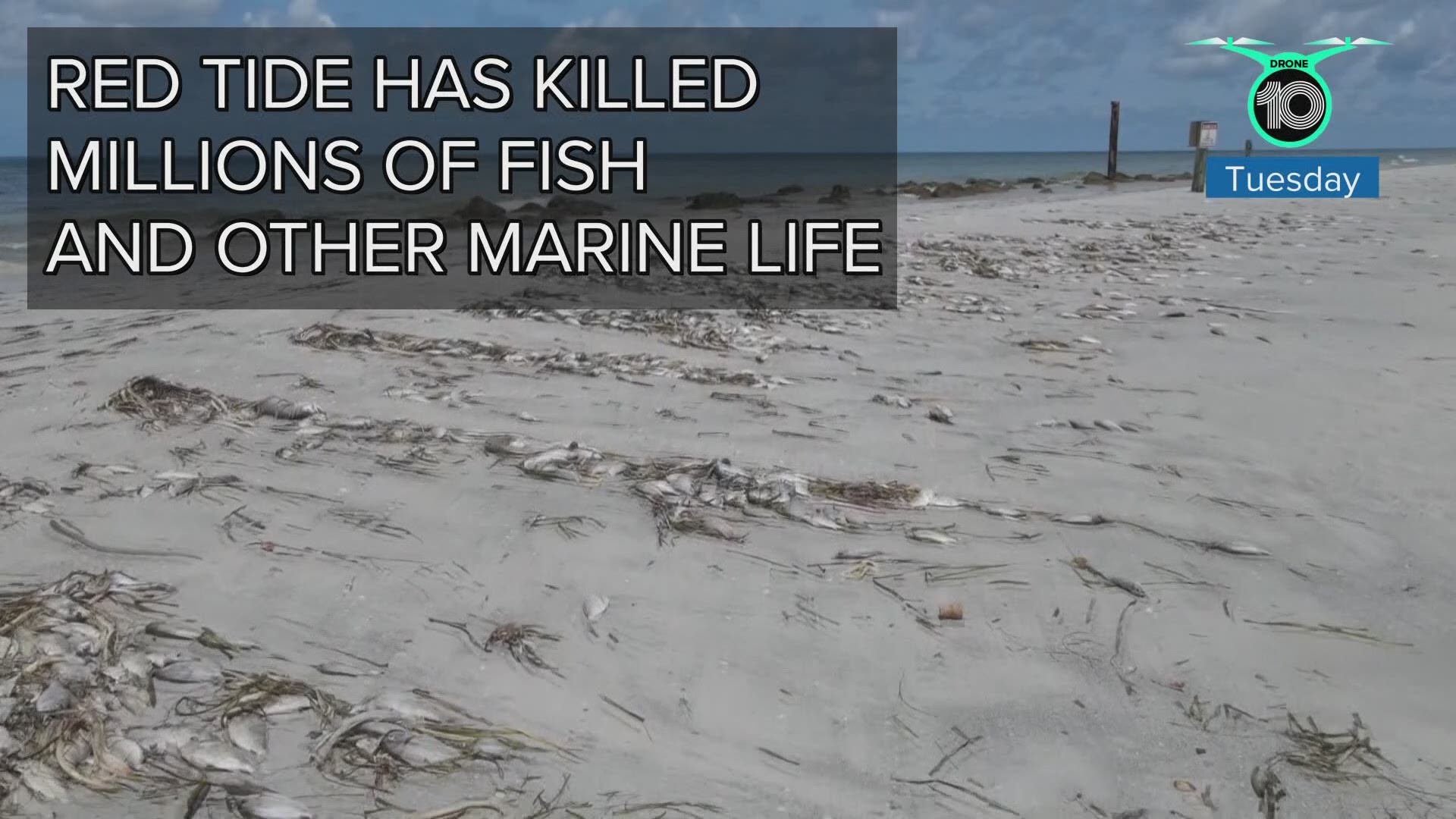 All this week, people living in places like Longboat Key and Anna Maria Island say they have seen scores of sharks in their neighborhood waters.

Experts at Mote Marine Laboratory said the sharks are trying to get away from the toxic algae bloom that has killed more than 2,000 tons of sea life in our area.

The red tide event is impacting several coastal areas along the gulf side of our state, while toxins from red tide and the smell of decaying sea life are also impacting residents.

"Hundreds of dead fish, not a very pleasant smell and you can smell it from a pretty good distance away from the water. I imagine it's pretty confusing to the sharks so they are just trying to find somewhere to go, somewhere to exist," said Nick Barnes of Longboat Key.

"At first I thought it was some regular type of fish that was toward the surface but and then it started swimming closer and it was a bonnethead shark. I don't see sharks in the water a whole lot so it was kind of exciting," Barnes said.

Neighbors said they've seen other kinds of sharks escape into the canals including blacktip, nurse and lemon sharks.

The National Weather Service has issued a beach hazard statement for several counties in our area including Pinellas, Manatee and Sarasota.