“To me it's the next logical step, to find out, you know, what the perimeter of the old cemetery was..." said FrankCrum president, Matt Crum. 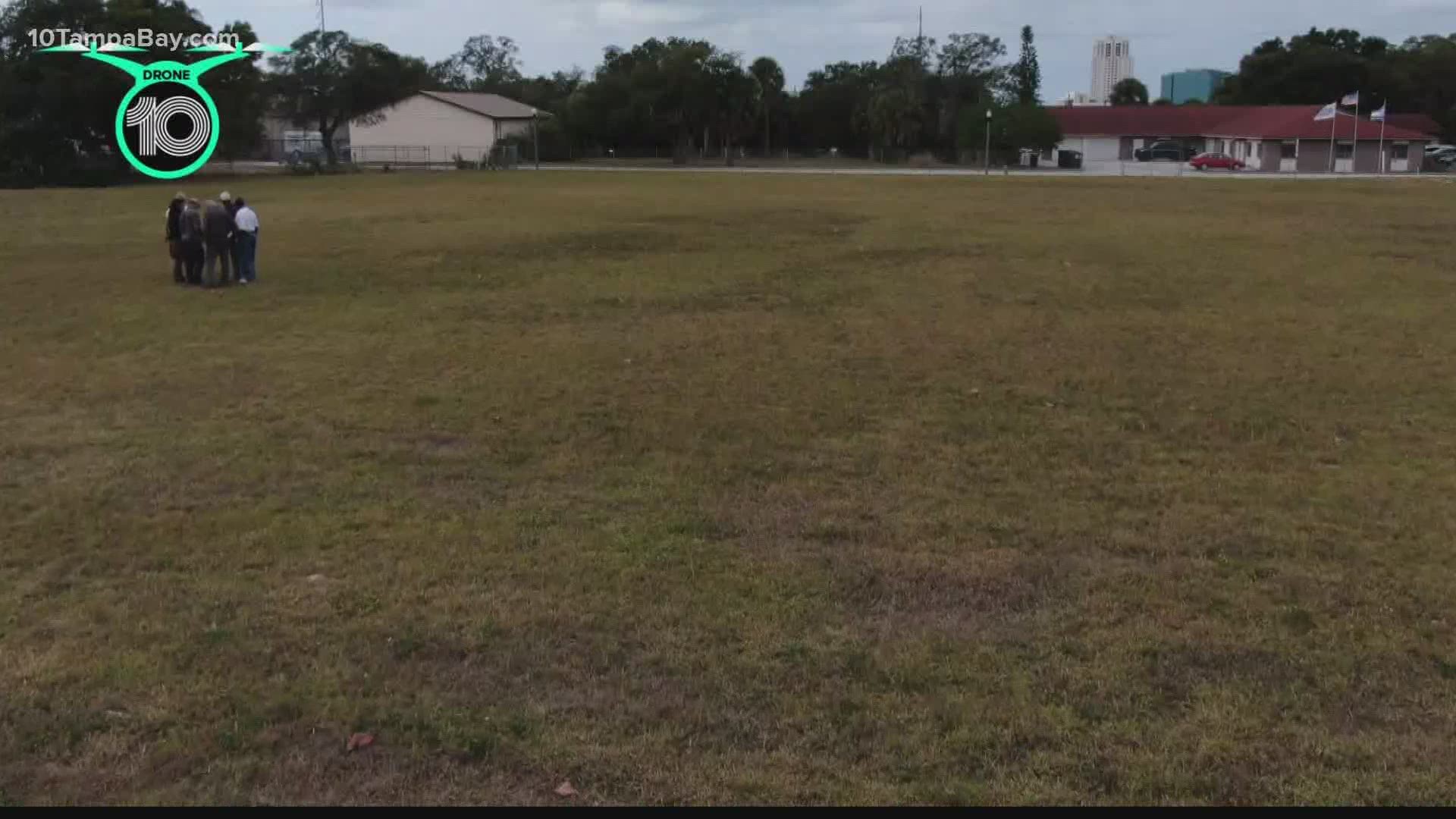 CLEARWATER, Fla. — The president of the Clearwater business where archaeologists discovered at least 70 graves from an erased African American cemetery said on Friday the company is working with the NAACP, the city and community stakeholders to find out if there are additional graves and figure out what to do moving forward.

“To me it's the next logical step, to find out, you know, what the perimeter of the old cemetery was, how many possible remains we're talking about. And then we can start having a conversation with all stakeholders to say, ‘okay well what do we do now,’” said Matt Crum.

In May, Matt Crum and the Clearwater/Upper Pinellas NAACP president Zebbie Atkinson IV sent a letter to the City of Clearwater to request that the city pay for additional archaeological testing to determine the boundaries of the St. Matthews Baptist Church Cemetery that was established in 1909 and destroyed some time in the 1950s after the church sold the land.

The city said it is waiting on a final archaeological report from Cardno, the company that completed ground-penetrating radar searches and excavations to find graves. City manager Bill Horne said the city will decide about paying for more testing after reviewing the report.

Crum said the discovery of the graves has halted construction plans to build an additional building and parking lot on the company’s property.

“It was pretty hard to believe that remains could have still been here after all the construction for this property,” he said, adding that the company was not aware when it moved into its current location that graves were on the land.

“I don't want to speak necessarily to what happened in the 50s. I don't really know exactly what happened and how we ended up where we are today,” he said. “All I can speak to is that this community has come together around this. The city, our company, the NAACP, and again, community members who are concerned about this, and we're working well together to try to find a solution to help people heal.”

Emerald Morrow is a reporter with 10 Tampa Bay. Like her on Facebook and follow her on Twitter. You can also email her at emorrow@10TampaBay.com. To read more about the search for lost African American burial grounds in the Tampa Bay area, head to 10tampabay.com/erased.