Many of the African-American cemeteries from that era don't appear on today's maps. 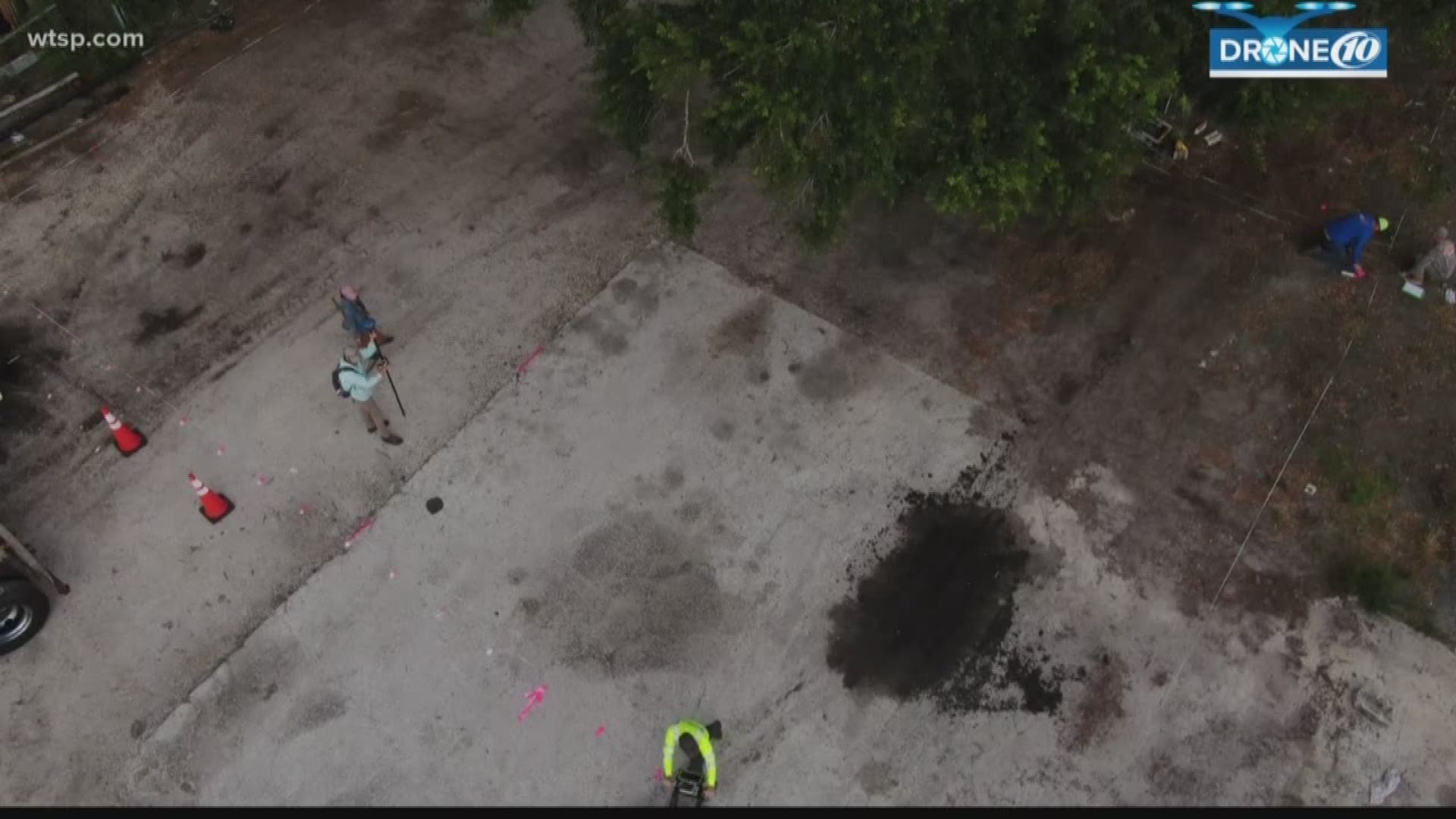 TAMPA, Fla. — One day after learning 55 additional graves from the erased Zion Cemetery are underneath a towing lot along N. Florida Ave. in Tampa, research reveals there could be several additional African American burial grounds that have been lost through time and no longer appear on county maps.

A 1940s veteran’s grave registration from the National Guard’s Florida Department of Military Affairs lists all the cemeteries in Hillsborough County that may have veteran burials. African American cemeteries are marked as “colored.” Many of the African-American cemeteries from that era don't appear on today's maps.

The Port Tampa Cemetery that MacDill Air Force Base is now investigating is one of those cemeteries.

Keystone Memorial Park Cemetery named in the Odessa/Citrus Park area is another. The veteran’s grave registration lists the cemetery off Gunn Highway.

In the case of Keystone, it’s unclear if the cemetery has been relocated or remains in the same location.

Historian Rodney Kite-Powell of the Tampa Bay History Center previously stated there is an effort to locate lost burial grounds for African Americans and people of other races.

Kite-Powell spoke at a panel discussion Friday morning, along with others with a stake in the continuing coverage of lost African American burial grounds. Paul Guzzo of the Tampa Bay Times was also on the panel and said his research into Zion Cemetery helped him understand how racism of the early and mid-20th century impacted the destruction of the site.

“The African American community had no voice. So, as where a developer wanted to develop on where a white cemetery was…their families had a voice in the government to say, well, ‘if you're going to build there, you're going to properly move them,’” he said. “Whereas those who were buried in Zion, their families had no voice. So, I think we need to recognize that's the racist component. It wasn't these developers looking to destroy them, they just knew when they wanted to develop there, they could skip the process of moving them because those people had no voice.”

Yvette Lewis, president of the Hillsborough NAACP urged the audience to ask themselves if anything has changed.

"The question is, do we have a voice now? That's the question,” she said. “If you have more money and your skin is lighter than mine...let's be honest...and if you are padding the pockets of elected officials...you get everything that you ask for."

Since Zion Cemetery was rediscovered, at least 182 graves in total have been detected at the site. One hundred and forty-five graves from the forgotten Ridgewood Cemetery have been detected in a grassy field at King High School. There are searches for other lost cemeteries at MacDill and in Clearwater.