Some are wondering if Lightning players will attempt to repeat Tom Brady’s infamous toss of the Lombardi Trophy. 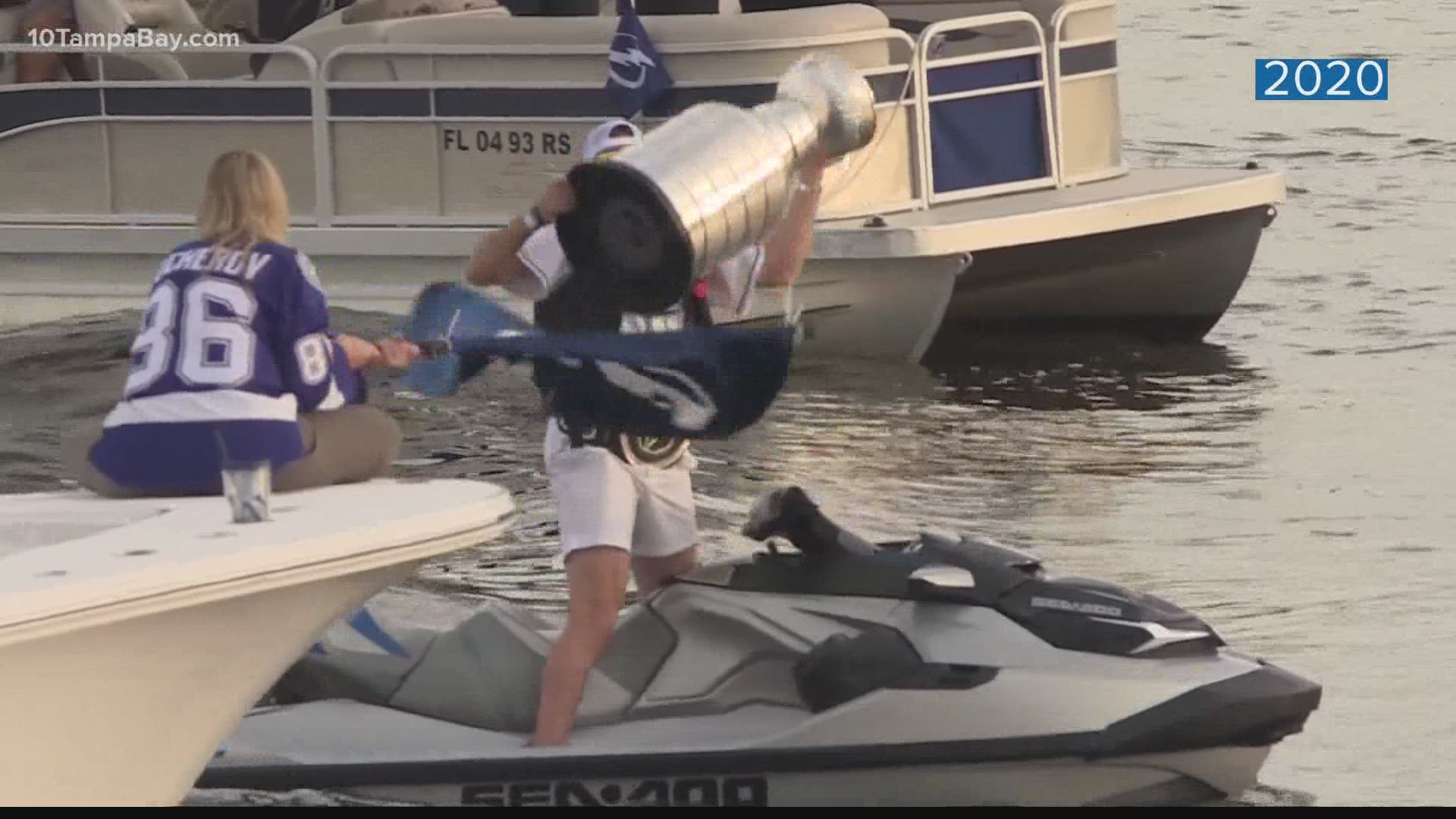 TAMPA, Fla. — Editor's Note: The photo above is from the Lightning's 2020 Stanley Cup championship boat parade.

That led reporters to ask Tampa Mayor Jane Castor if she had concerns about a repeat of Tom Brady’s infamous Lombardi Trophy toss from one boat to another during the Buccaneers' Super Bowl parade in February.

“It’s their day,” said Mayor Castor during a news conference Monday. She told reporters in the unlikely event of an accidental drop into the Hillsborough River, the Tampa Police Department’s dive team would be ready.

“We are always prepared. We have divers if Stanley gets wet. We’ll get him back in short order,” Castor said.

In fact, members of the Tampa Police Dive team tell 10 Tampa Bay they will be on standby should anything happen to the Cup. Law enforcement will be escorting the trophy along the entire parade route and members of the dive team have been assigned to keep an eye on the Stanley Cup at all times.

“It’s a lot easier to find if you see exactly where it drops into the water,” said Officer Chris Audet with the Tampa Police Dive Team.

He was driving the TPD boat alongside Tom Brady when the GOAT tossed the Lombardi to Cameron Brate on another boat nearby.

“I saw the whole thing," said Officer Audet. "After I let out an expletive, I turned around, the trophy went, I said ‘man, that was epic.’”

But Officer Audet says when it comes to the Stanley Cup, he doesn’t recommend the players attempt a repeat of what Tom Brady did.

“The Stanley Cup is much bigger, right around 34 pounds,” he warned. He also said it could be a threat to public safety should the cup submerge and members of the public suddenly try to jump in to retrieve it.

“My biggest concern for us would be people randomly jumping into the water trying to retrieve it themselves,” he said.

With a heavy amount of boat traffic in the area and unknown hazards at the bottom of the river, Tampa Police said they would surround the area and deploy a buoy to mark the location.

Audet adds the dive team members would then use the same techniques and search patterns they use to locate a submerged vehicle to locate the Stanley Cup.

“The message to Tampa Bay and or the players — if the Stanley Cup does decide to take a swim that day, the TPD dive team is ready to retrieve it," Audet said.