As Hillsborough County commissioners wait for details of how the Tampa Bay Rays plan to fund a new Ybor City baseball stadium, they're told there won't be any news until after their Dec. 31 deadline to give St. Pete an answer. 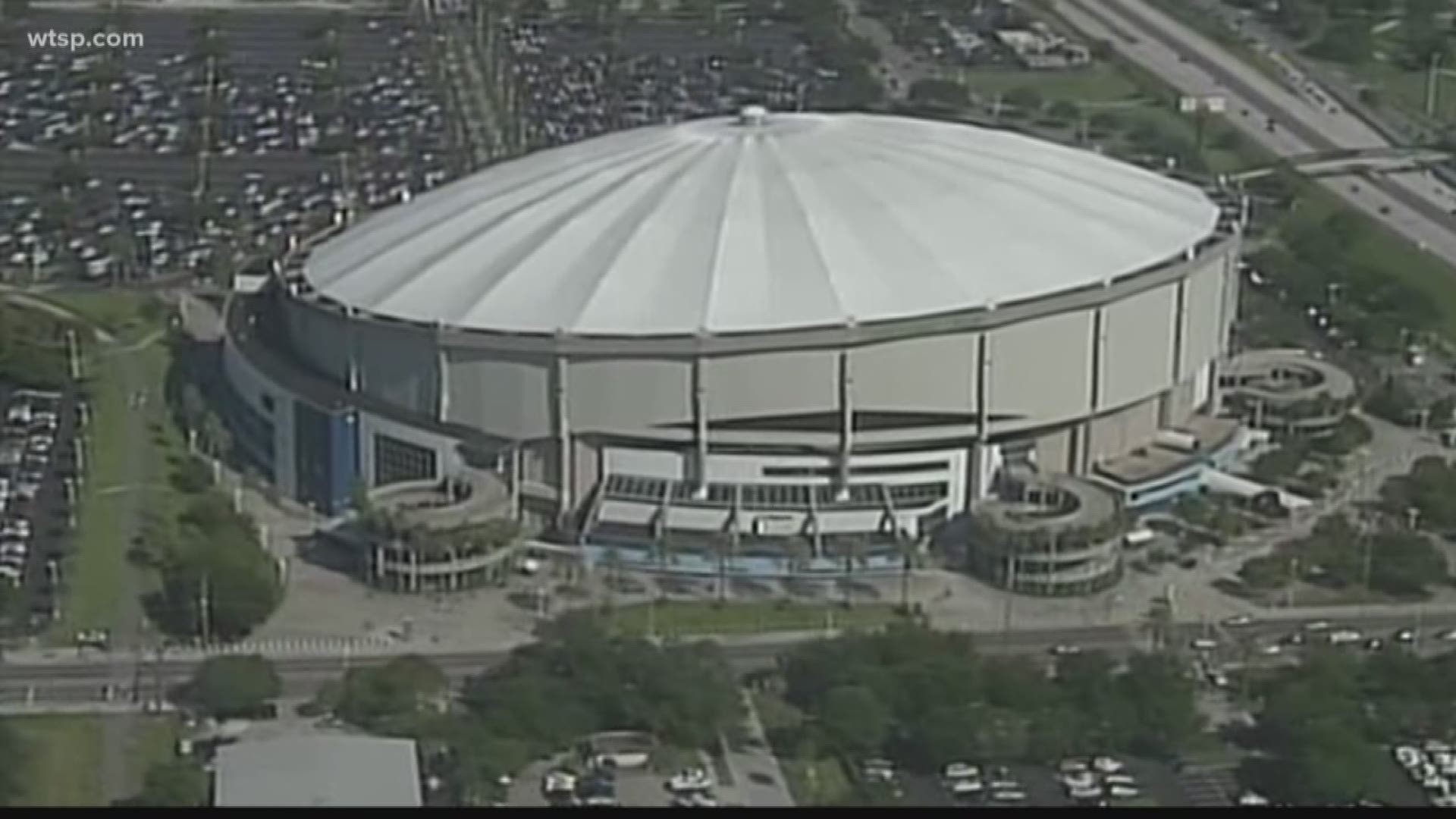 HILLSBOROUGH COUNTY, Fla. – The Tampa Bay Rays face an end-of-year deadline to inform St. Petersburg if they are moving across the bay to Hillsborough County or if they’re staying put in Pinellas. 10Investigates learned Hillsborough’s county administrator is telling commissioners not to expect any news on a deal until at least January.

Meanwhile, St. Petersburg officials say the team has not approached them about extending the deadline, adding another layer of mystery to a decade-old stadium soap opera. In January 2016, the city finally granted the team its longstanding request to explore stadium sites in Hillsborough County, despite a contract at Tropicana Field that runs through 2027.

Financing has not been easy to come by in Hillsborough County, with taxpayers already paying off three other stadiums. Advocates for a new Rays stadium in Ybor City have been hopeful a combination of private and public dollars would bridge the gap between the Rays’ $892 million plan and the limited portion of the bill they’ve indicated they’d fund themselves.

“Go ahead and cancel all the sports facility briefings for the remainder of the year,” Michelle Sekouri, executive assistant to county administrator Mike Merrill, wrote to all commissioner’s offices last Friday. “Mike is not anticipating having anything to share until January or after.”

Merrill, along with County Commissioner Ken Hagan and representatives from the county attorney’s office, have been negotiating with the Rays for years about a possible new stadium in Ybor City. Other commissioners, while supporting Hagan’s lead, have complained about the lack of updates and information about potential public subsidies that might be required to fund the project.

It’s possible the Rays could work out a stadium deal almost exclusively with private developers and still meet their obligation to give St. Petersburg a definitive answer about their future by Dec. 31. But privately-funded major league stadiums are almost non-existent in modern-day America, and unheard of in a market like Tampa, that lacks both significant corporate activity and disposable income.

“While they still have time to get some questions answered in Hillsborough, I stand ready to work with the Rays on securing their future in St. Petersburg,” said St. Petersburg Mayor Rick Kriseman.

Kriseman has offered public financing for a new Rays stadium in Pinellas County, but has maintained the Dec. 2018 deadline was necessary because the city needs to move forward with plans – with or without the Rays – so it can redevelop Tropicana Field’s 85 desirable acres of land in the middle of the city’s downtown.

The Rays did not respond to requests for comment Tuesday.

The team’s provided little insight into its Ybor City discussions, but still made off-the-field headlines recently when it donated funds to a campaign supporting a one-cent transportation sales tax referendum in Hillsborough County. That initiative passed with 57% of voters approving it.

RELATED: What the election meant for the Rays' Stadium Saga

The Rays also rocked the local sports business world with their October purchase of the Tampa Bay Rowdies soccer club – the only other pro team to call St. Petersburg home.

The Rowdies play in the USL and control Al Lang Stadium on St. Pete’s waterfront, a longtime favorite location of Rays owner Stu Sternberg. However, the Rays have maintained the purchase had nothing to do with baseball and was simply marketing and investing. The Rays pledged to keep the Rowdies in St. Petersburg for five years.