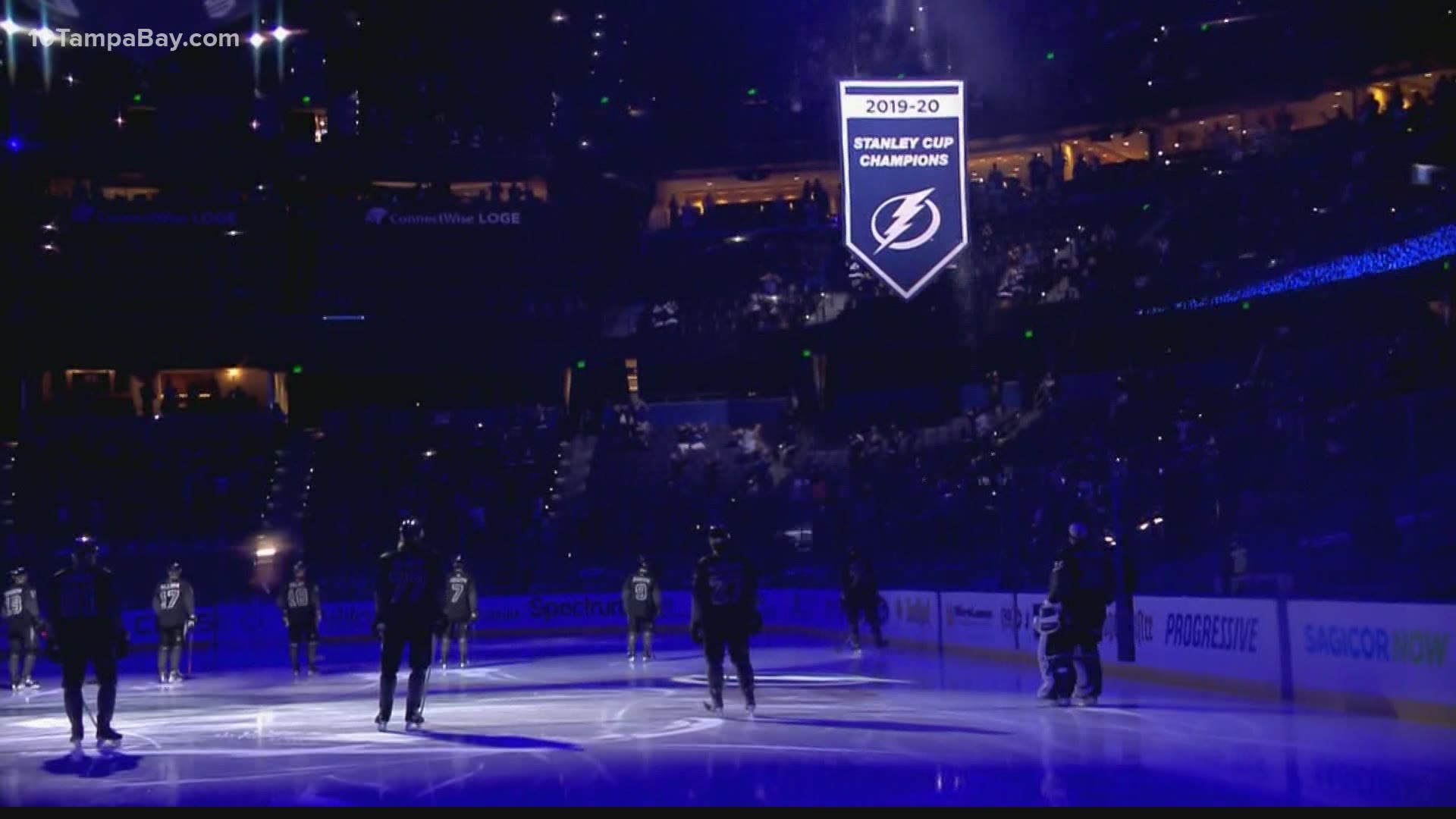 TAMPA, Fla. — The thunder is back with the Lightning!

Playing in front of their home fans for the first time this season, the Tampa Bay Lightning raised their 2020 Stanley Cup banner and beat the Nashville Predators 6-3.

"Even a small clap of thunder can make a big difference," the team tweeted before the game began.

Just before the banner was lifted, Lightning captain Steven Stamkos came to center ice and gave a speech thanking fans for their distant support over the last year.

Even a small clap of thunder can make a big difference.

Prior to the national anthem, the team also held a moment of silence for Tampa Master Police Officer Jesse Madsen, who was killed in the line of duty this week.

Thank you to our @TBLightning for recognizing MPO Jesse Madsen tonight. pic.twitter.com/ABH6NRbK2N

Tyler Johnson had a goal and an assist for the Lightning.

Erik Haula, Alexandre Carrier and Yakov Trenin scored for the Predators, who fell to 1-5-1 in their past seven games. Pekka Rinne made 21 saves.

With a maximum crowd of 3,800 in attendance, the Lightning hoisted their 2020 championship banner to the rafters and jumped to a three-goal lead.

Tampa Bay leads the NHL in scoring with an average 3.6 goals per game. Steven Stamkos leads the team with 12 so far.

The Associated Press contributed to this article.