It'll make a trip north of the border for repairs. 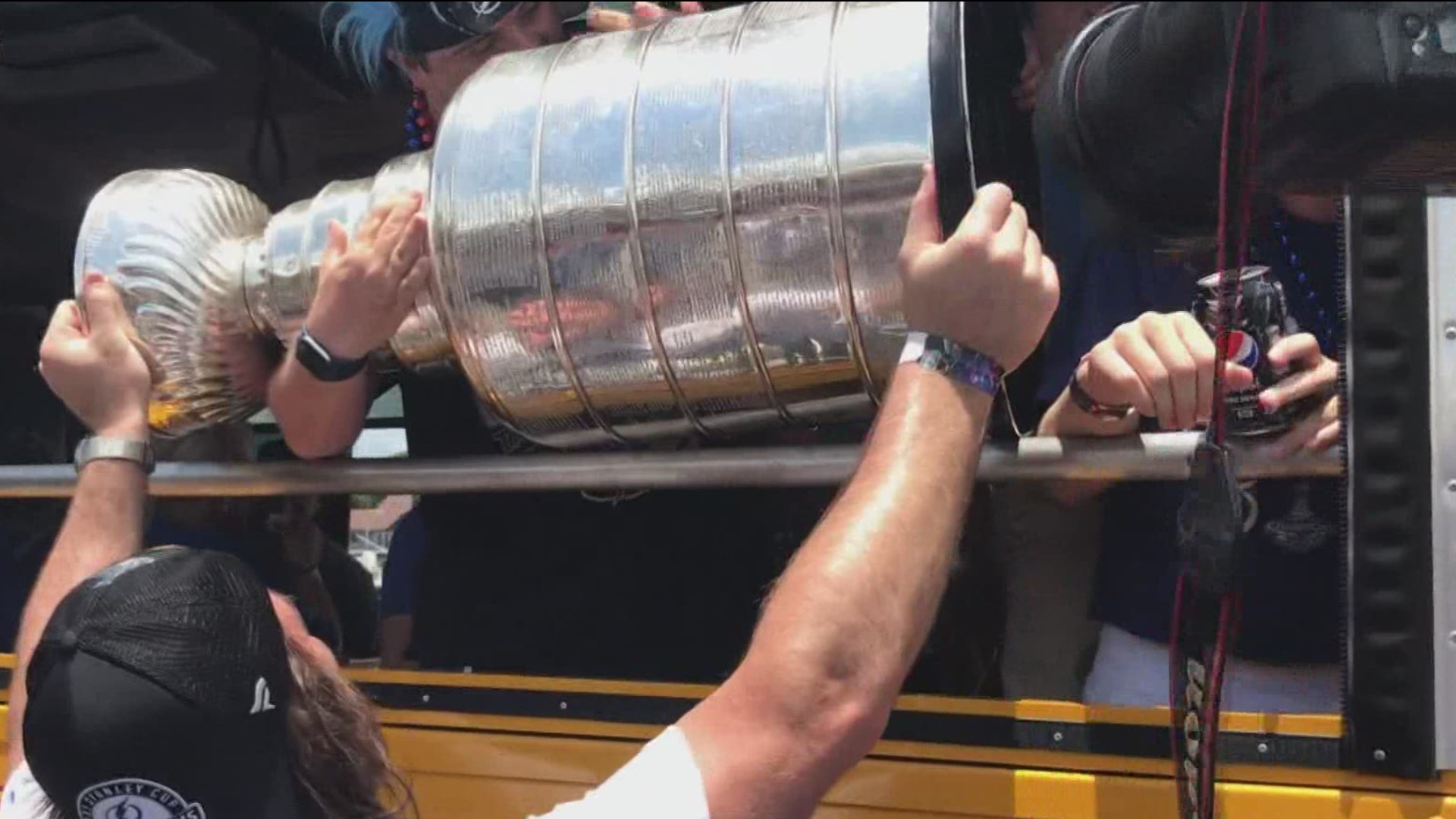 TAMPA, Fla. — While the Stanley Cup didn't go for a swim during the Tampa Bay Lightning boat parade, it did sustain some apparent upper-body injury, the team confirmed.

"That'll buff out," reads a tweet by Bolts Jolts showing a bit of a dent to the championship trophy. Take a look at the top of the bowl that's deserving of some TLC, electrolytes and maybe an Aspirin.

The Cup actually will make it to Canada for some repairs — in Montreal — before more celebrations with the Lightning, reported Joe Smith of The Athletic.

During an end-of-season press conference Tuesday, general manager Julien BriseBois confirmed the cup was dropped by one of the Bolts players during the celebrations.

According to BriseBois's understanding of the situation, the unnamed player was presenting it to the fans and showing it off when Lord Stanley took a tumble.

“It’s out with an upper-body injury for the next couple days," he joked.

As true hockey fans know, the damaged Cup actually isn't the original — its home is inside Lord Stanley's Vault at the Hockey Hall of Fame in Toronto — and this isn't its first ding. The Lightning has what's known as the "Presentation Cup," and it's been bumped around through the years.

The Pittsburgh Penguins in 2016 carried the Cup onto a plane with a big dent on its base.

Thousands of Lightning fans lined the Tampa Riverwalk on Monday to get a glimpse of their favorite players and celebrate the team's back-to-back Stanley Cup victory. But so goes Florida during the summertime, forcing the cancellation of a big celebration planned at Julian B. Lane Riverfront Park because of severe weather.

A Tampa spokesperson confirmed a future celebration at the park is, for now, not in the works.

Just 280 days ago, on Sept. 30, 2020, the Lightning hit the water for what was their first boat parade to celebrate winning the cup against the Dallas Stars.