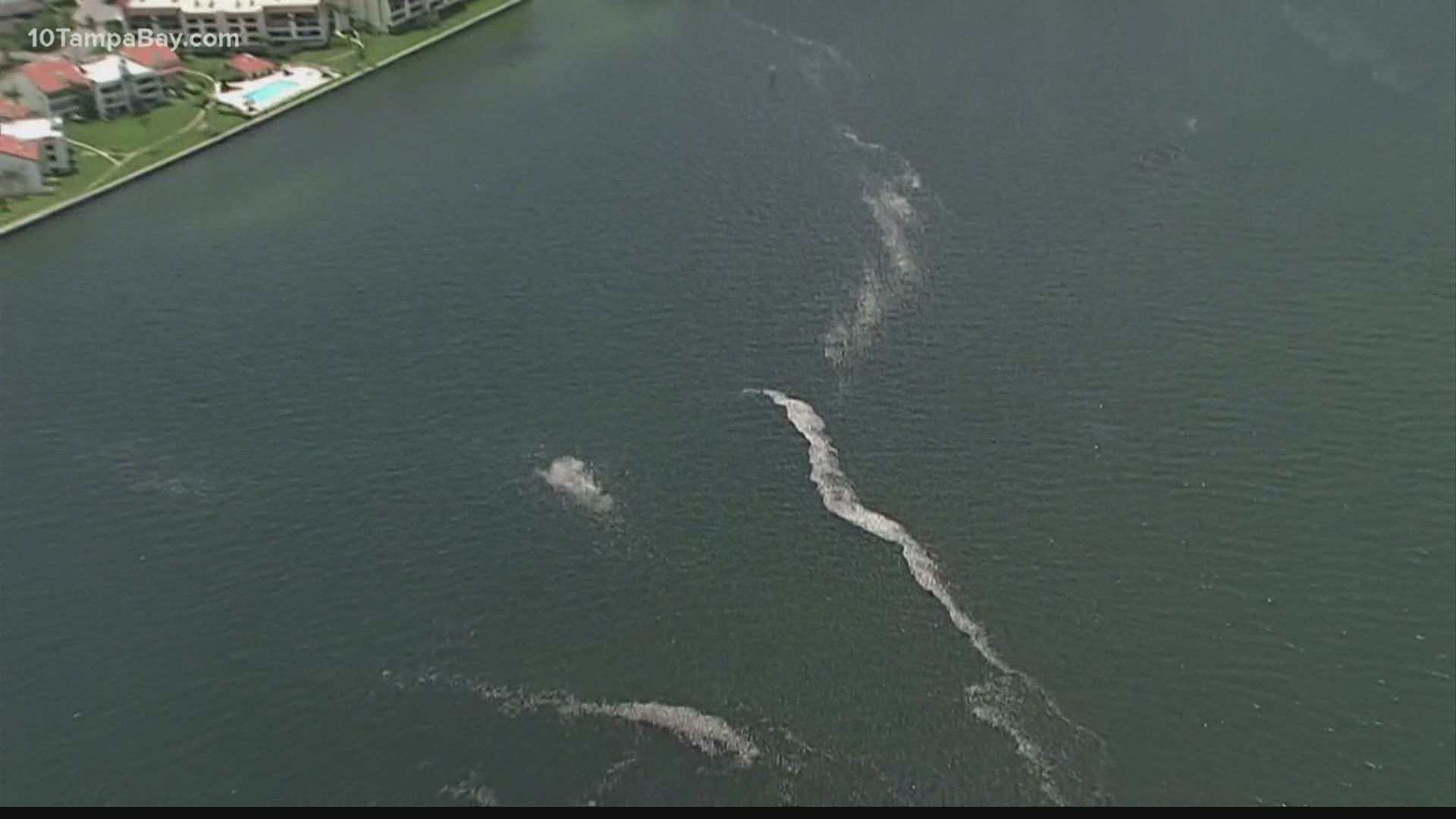 SARASOTA, Fla. — Red tide levels in the Tampa Bay area have brought tons of dead sea life and concerns over entering several waterways and canals in areas like St. Petersburg.

Without a clear end in sight, you might be wondering what's being done to prevent red tide?

First, it's important to understand that scientists have been researching red tide and harmful algae blooms for decades. There have been various attempts in the past to get rid of red tide since the 1940s.

"There have been attempts to literally use the United States Air Force to bomb red tide. There have been efforts to use copper sulfate, all of these things are harmful and cause greater harm to the environment," said Dr. Michael Crosby, the President, and CEO of MOTE Marine Laboratory & Aquarium.

RELATED: Red tide returns to Tampa Bay: 'This is a major disaster here in the Tampa Bay region'

Crosby is charging a long-term initiative launched in 2019 to mitigate red tide in the future. At the time, Gov. Ron DeSantis signed a law that committed $18 million over the course of six years to the research and development of mitigation efforts.

Right now some of the best scientists and engineers in the world have compiled two dozen technologies that could prevent these harmful algae blooms. So far, all of their work has been in a lab.

One approach is clay dispersal, which would drop small particles of clay in the water that the algae would stick to and sink, preventing the toxins from excreting.

"Clay technology will be applicable in certain conditions as well as ozonation in other conditions like a canal," said Crosby who described ozonation as a way to disrupt the cell membranes of the algae and destroy it along with the toxin.

Ozonation is a last-resort approach because it kills every organism in the water column.

"Our mantra is whatever technologies are developed and deployed, will they do no greater harm to the environment than the red tide is already doing," said Crosby.

Finding a compound to mitigate the harmful algae bloom is just part of the research. Engineers are also studying how to get the treatment in the water.

Scientists will likely rely on robotics in the water, on the surface, or drones to disperse the compounds across everything from small canals to the Gulf of Mexico.

Scientists at MOTE are waiting for permits and then will begin field testing some of this technology in Sarasota Bay hopefully within the year.