The defense rested its case Thursday and prosecutors called their first rebuttal witness. 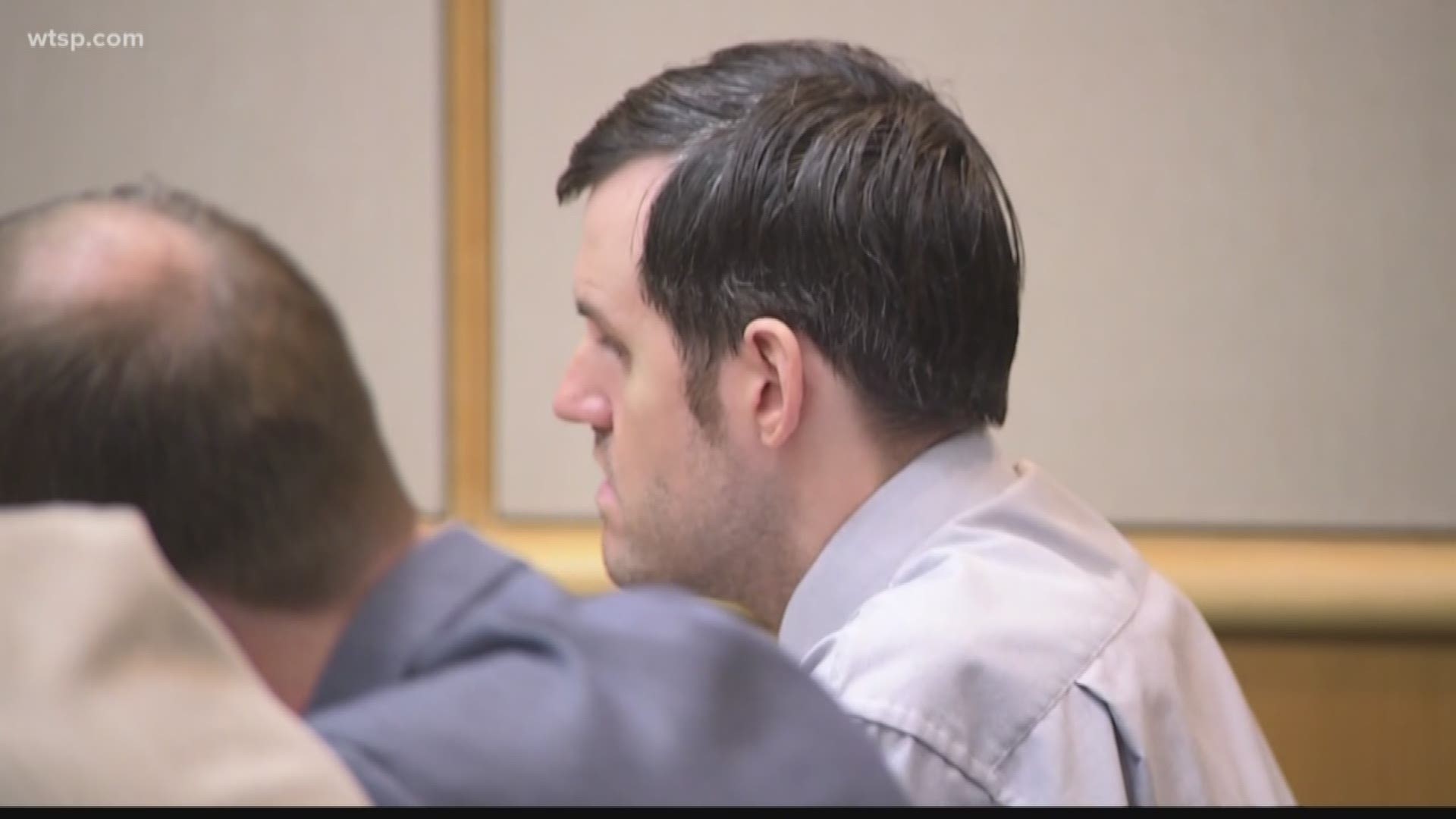 CLEARWATER, Fla. — The trial of John Jonchuck continues Monday when rebuttals from prosecutors are expected to continue.

Jonchuck is on trial in the murder of his 5-year-old daughter, Phoebe, whom he threw off the Dick Misener Bridge in 2015. Prosecutors argue he's guilty of murder, but his defense team claims he was insane when Phoebe died. 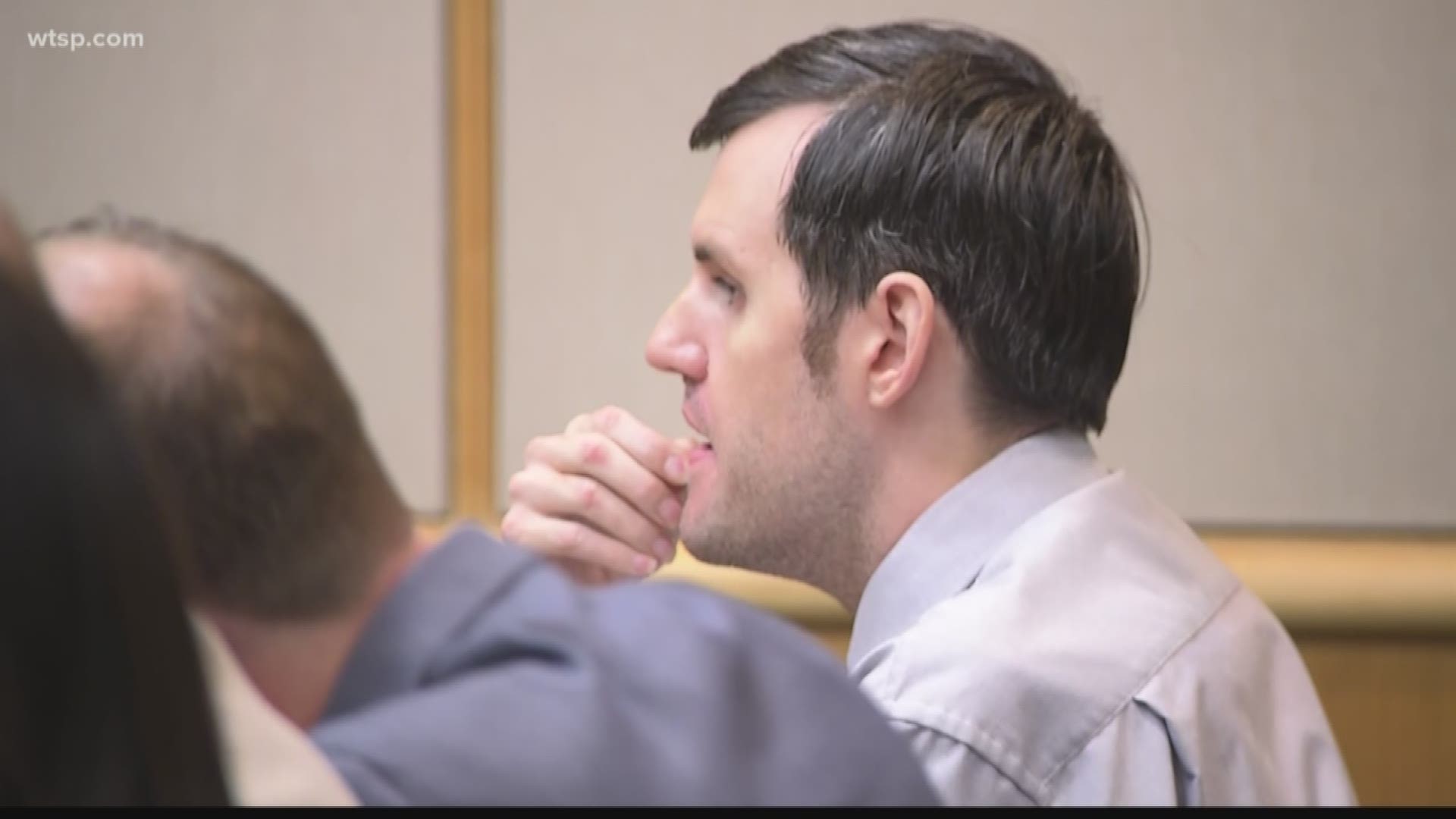 Judge Chris Helinger started by dismissing another juror who didn’t show Monday because of an illness. Fortunately, the court selected a 16-person jury which included four alternates so the trial could continue as normal.

The trial started with 9 men and 7 women and is now down to 8 men and 6 women. Another juror was dismissed last week when the judge realized he actually lived in Pasco County.

After John Jonchuck stated on the record that he did not want to testify in his own trial, the judge brought the jury in and asked each of them one by one if they came across any information about this trial over the weekend. Two revealed they saw headlines online but quickly scrolled past them.

Before a lunch break Monday, a witness for the prosecution, Dr. Peter Bursten, testified about Jonchuck's upbringing. Bursten, a forensic psychologist, testified previously during a pretrial hearing and has sat in the gallery through the rest of the trial.

This was the first time the jury was hearing from him. He said was hired by the Pinellas-Pasco State Attorney's Office to evaluate the case.

During his time on the stand, Bursten references Jonchuck's defaults on loans, fights as a young child, times he defrauded his mother, wrote false checks and used Phoebe's Social Security money for drugs. Bursten also recounted interviews with people who described Jonchuck as a bad roommate and an irresponsible employee.

Jonchuck's defense team erupted after the jury was dismissed for a lunch break. The defense called Bursten's testimony a "character assassination" as it argued with prosecutors and the judge to have the details thrown out.

The court continues to argue over what portion of Dr. Bursten’s testimony should be allowed in front of the jury.

Once the jurors were out of the courtroom, the defense moved for a mistrial.

The judge on Friday ruled not to allow a key piece of evidence into the courtroom. Prosecutors wanted to put a witness on the stand who they say took a phone call from Jonchuck 10 hours before Phoebe died.

Kyrsten Malcolm was working as a paralegal for Genevieve Torres, the custody lawyer Jonchuck had been consulting. Malcolm claims Jonchuck told her, "If I can't have (Phoebe), then no one else will."

The defense team refuted the testimony, calling it a "discovery violation" because they did not know that key statement would be mentioned to the jury.

Judge Chris Helinger sent the jury home while the court hashed out this controversial testimony. Ultimately, Helinger denied the evidence.

Prosecutors are expected to bring more rebuttal witnesses Monday and possibly through the week. Once prosecutors wrap up the rebuttal, Helinger could give the defense a chance to rebut the rebuttal.

Once that's complete, both sides will deliver closing arguments and the jury will begin deliberations.

10News will continue to livesteam the trial on our Facebook page.