Plans to do away with Native American mascots at district schools continue, but it just might take a little longer than expected. 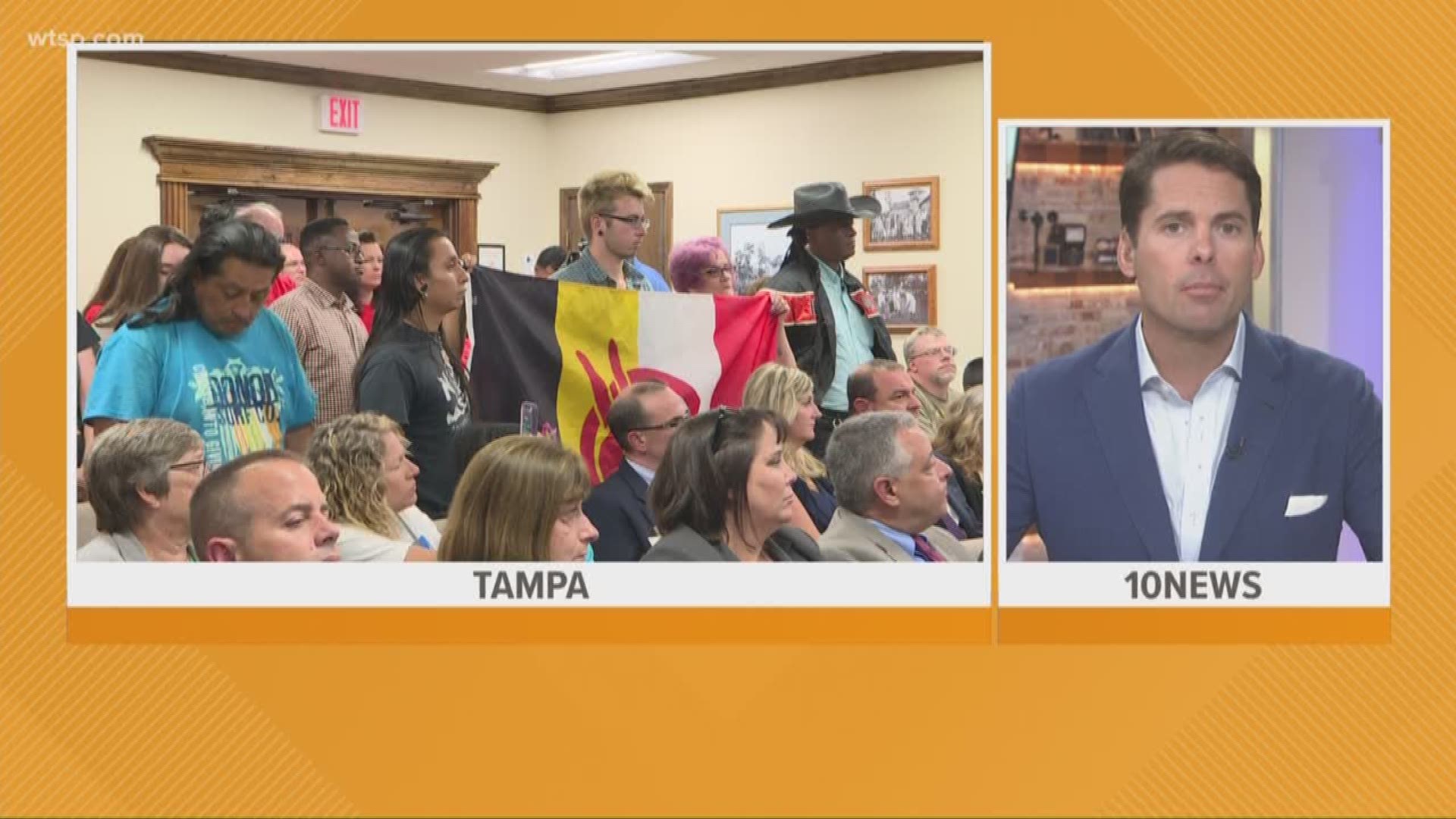 TAMPA, Fla. — Hillsborough County public schools will move forward with plans to do away with Native American mascots at district schools, but it just might take a little longer than they expected.

At Tuesday’s board meeting in Temple Terrace, board members discussed the issue a week after a 10-year-old elementary student presented a petition with hundreds of signatures asking that the Brooker Braves mascot be kept.

More than a dozen people gave public comments in favor of changing the mascots, many of them beginning their statements with the phrase: “I am Native American, and I am not a mascot.”

But in reality, it was never up to the school board in the first place.

District policy puts the superintendent and district staff in charge of mascot decisions, not the board. And while some board members expressed concerns that the decision to ban Native American mascots may have been made in haste, all they could do on Tuesday was ask for a policy change that would allow them to be part of the process in the future.

The new mascots for the six schools are:

For now, outgoing Superintendent Jeff Eakins said he will contact the principals at every school subject to a mascot change to ask if they want more time before implementing the change, which could allow for cultural and historical lessons for students in those schools.

If the principals want more time they will get it, and if not the mascot changes will move ahead as planned.