Florida is eliminating FSA testing – where did it come from?

Gov. Ron DeSantis made the announcement Tuesday. There's a long history leading up to the shake-up. 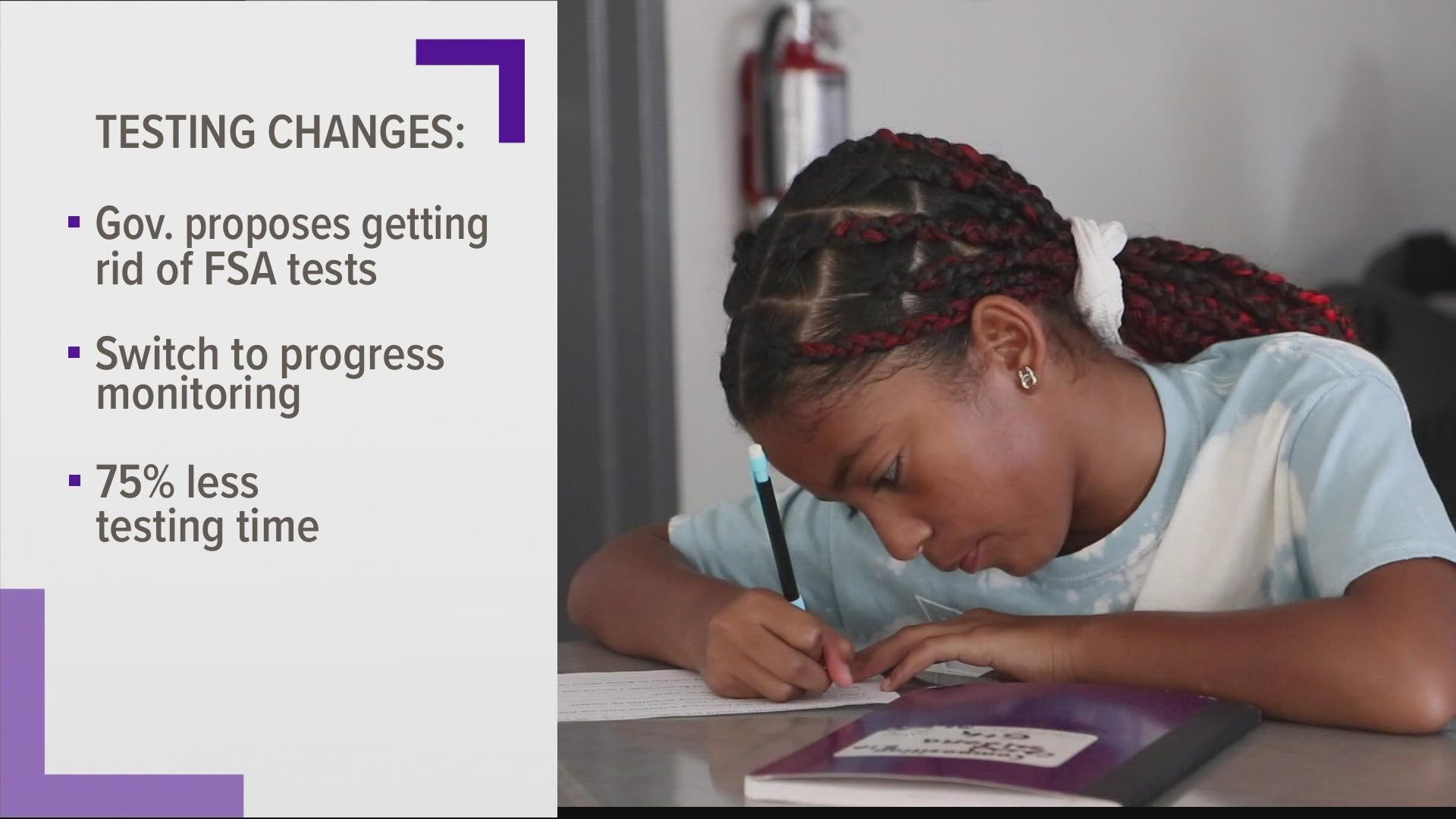 It's been a key priority for the governor, who announced in 2019 that he wanted to eliminate any remaining legacy of the Common Core standards, which would include changing testing.

For background: Florida originally adopted the Common Core standards, but those standards were later altered and renamed. Technically, the state still has some of the same Common Core concepts in place today; they were just repackaged differently. In 2020, DeSantis announced the "Common Core" replacement would be a set of standards called "BEST" or Benchmark for Excellent Student Thinking. The multi-year roll-out of BEST includes updates to math and science curriculums and the transformation of the way assessments are done.

That leads back to Tuesday's testing announcement that the FSA exams are going away.

The state's largest teacher's union, which has previously feuded with the DeSantis administration – going so far as to sue over classroom reopening plans last year, is praising the removal of FSA testing.

“We appreciate that Commissioner Corcoran and the Florida Department of Education are listening on this issue and are reducing the amount of standardized testing in Florida’s schools,” Florida Education Association President Andrew Spar wrote in an email.

The FEA says the decision to drop the high-stakes FSA testing for the 2022-2023 school year will free up more time for genuine instruction, as opposed to lessons geared toward performing well on a test. In fact, the union has been an advocate for eliminating the FSA process.

But, what is FSA, or Florida Standards Assessment, testing?

Since 2015, FSA standardized testing has been used to measure English and math progress in Florida school children. While a Statewide Science Assessment is still used for grades 5-8, the FSA essentially replaced the FCAT or Florida Comprehensive Assessment Test.

The FSA tests came on the heels of then-Gov. Rick Scott calling for an overhaul of school testing.

Florida Standards Assessments (FSA) in English are administered for grades 3-10. There are math FSA exams in grades 3-8 and additional end-of-course benchmark tests for Geometry and Algebra 1.

As NPR points out in its impact guide, the FSA exams were linked to Florida's Common Core-based standards and repackaged more traditional multiple-choice questions into newer formats.

Tenth-grade students, or ones taking Algebra 1, must pass that math assessment and score high enough on that grade's ELA test to graduate.

If you're wondering about science and social studies testing, that falls under the Next Generation Sunshine State Standards (NGSSS) – not FSA.

Staying with FSA: the grades 3-6 ELA and math tests are paper-based, while the 7-10th-grade versions and the end-of-course assessments are done on computers.

When FSA testing was first rolled out, there were large enough tech troubles that the Florida Department of Law Enforcement briefly opened an investigation to ensure the system wasn't being sabotaged. As CBS affiliate WKMG notes, that probe turned up nothing.

The FSA testing results are reported at student, school, district and state levels. The Florida Department of Education has established what it calls "cut scores" to help identify performance and achievement levels in English and math.

Student performance levels are measured on a scale of 1-5, with 3 being a satisfactory or passing score.

The original goal of the updated FSA tests, as explained by the state, was to better prepare students for college and careers by prioritizing "analytical thinking." The creators believed focusing less on multiple choice and giving students room to write, create graphics and interact with test content kept the focus on higher-level thinking in line with state standards.

“A student’s future shouldn’t hang on one high-stakes, make-or-break test, and one test shouldn’t dominate weeks that could otherwise be used for meaningful instruction,” Spar wrote in a statement regarding DeSantis' announcement on the FSA tests. “We welcome today’s announcement as a sign that Florida is moving closer to a system that focuses on students’ growth instead of on high-stakes standardized tests.”

Earlier in 2021, Florida announced it was waiving FSA testing requirements for the year, in light of the COVID-19 pandemic. But most students took exams this spring anyway. As we reported this summer, students who were tested in 2021 were generally less proficient in language arts and mathematics than those in 2019.

Since 2015, concerns have been raised about achievement gaps shown by FSA cut scores. Some of the earliest data when the new tests were rolled out showed major disparities between white and Black students, often in math.

As recently as 2021, there was a legislative push for the tests to be offered in Spanish, rather than only English.

The FSA is still scheduled to be administered in the current school year: 2021-2022 before the state moves away from it next year.