What is the difference between self-defense and Florida's stand your ground law?

What's the difference and what rights could you lose if someone lawmakers were to ever get their way and repeal Florida's stand your ground law? 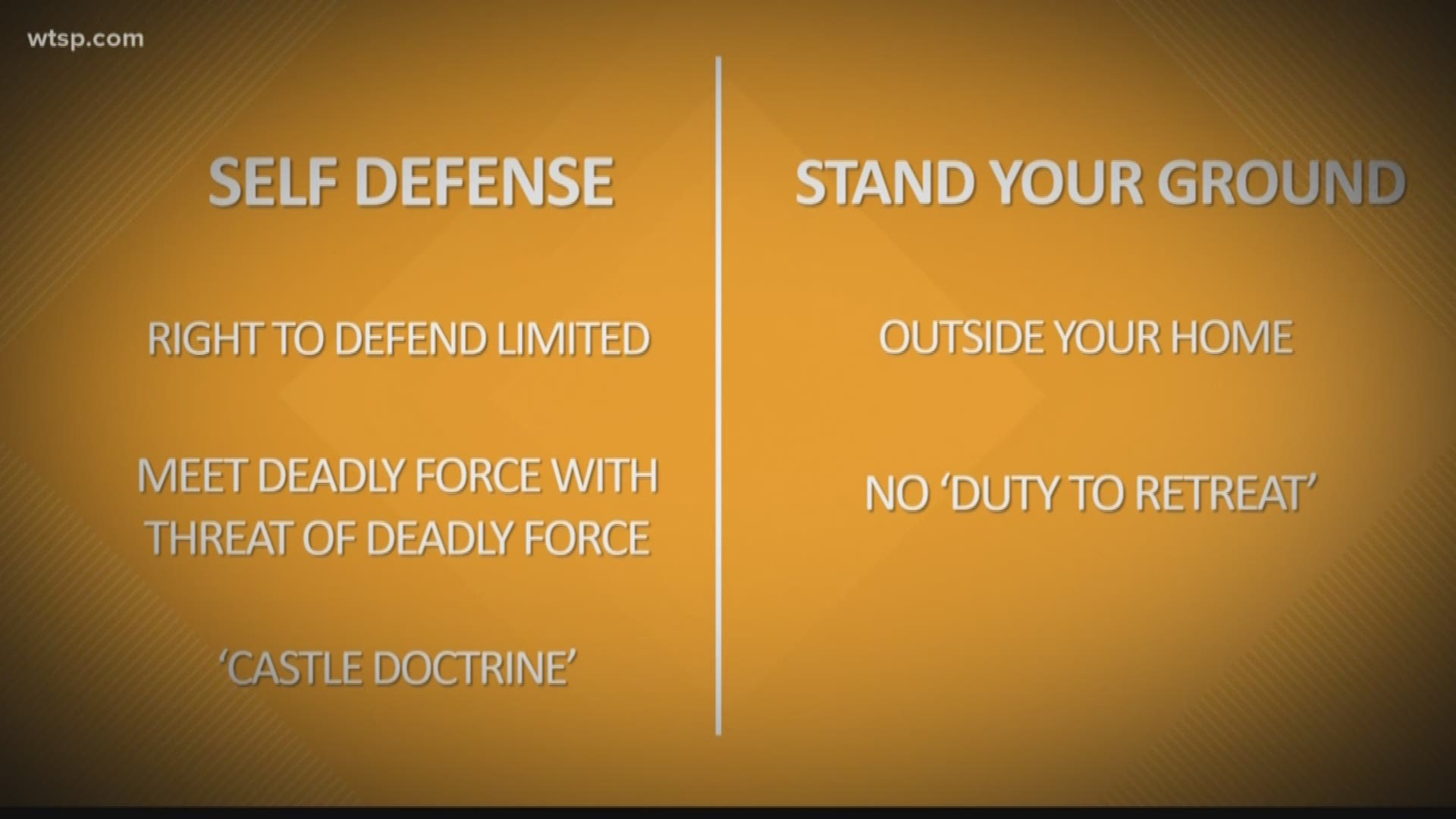 Since the deadly shooting of a father of three in Clearwater where the shooter claimed he was standing his ground, there’s been a lot of debate over what—if anything—should happen to Florida’s controversial law.

Florida's stand your ground self-defense law was passed in 2005. While critics feared it would create a "shot first-ask questions later" mentality, advocates applauded the expansion of one's right to use deadly force, anywhere, anytime, they felt a threat of violence was imminent.

Related: Take it to the polls: Fight continues to repeal Florida’s 'stand your ground' law

Before 'stand your ground'

Before 'stand your ground' became the law of the land in Florida, a person had the right to defend his or her home under something known as the Castle Doctrine.

Inside your home, you had no 'duty to retreat' before using deadly force against what you believed to be imminent deadly force.

Which meant outside the four walls of your "castle," you did have a 'duty to retreat' or an obligation to try to diffuse the situation or get away from it before resorting to force.

After 'stand your ground'

But that all changed under 'stand your ground' which extends a person's 'castle' to everywhere and anywhere you're legally allowed to be.

There is no 'duty to retreat' in public and use of deadly force comes with the presumption you had a reasonable fear to use it.

'Stand your ground' essentially codified protections under the law. Rather than having to use self-defense as an argument at trial, for example, someone could claim they were standing their ground and avoid trial altogether.

An individual can also be immune from arrest too, as Pinellas County Sheriff Bob Gualtieri has said in defending his department's decision not to arrest Michael Drejka who shot and killed Markeis McGlockton in an argument over a parking spot on July 19.

A person who is not engaged in an unlawful activity, and who is attacked in any other place where he or she has a right to be has no duty to retreat and has the right to stand his or her ground and meet force with force, including deadly force if he or she reasonably believes it is necessary to do so to prevent death or great bodily harm to himself or herself or another or to prevent the commission of a forcible felony.