When HCSO Master Deputy William Scobie was hit in the head with a piece of concrete, he says Officer Madsen rushed to his aid. 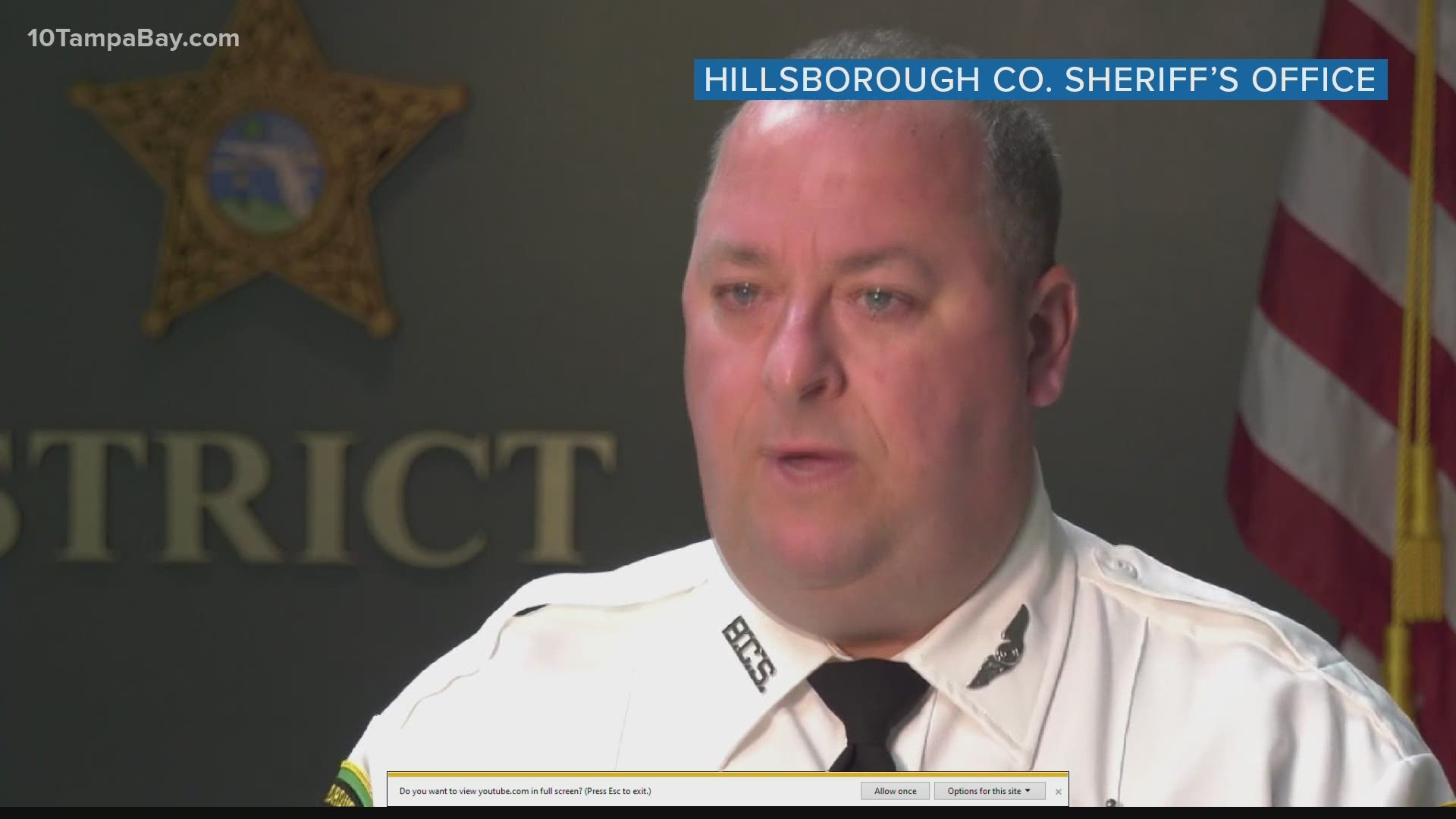 HILLSBOROUGH COUNTY, Fla. — Officer Jesse Madsen is being remembered as a hero after he lost his life on March 9 while trying to protect others from a wrong-way driver, according to the Tampa Police Department.

But one Hillsborough County deputy says Madsen's heroism was evident in his work long before that tragic day.

Master Deputy William Scobie says Madsen saved his life after he was hit with a piece of concrete, leaving him temporarily paralyzed.

Deputy Scobie, along with Hillsborough County Sheriff Chad Chronister, reflected on the incident in a video released by the sheriff's office.

In the video, Scobie says he took a large piece of concrete to the neck after he was hit in the face with a beer bottle during a riot at the University Mall in May of 2020.

After he collapsed to the ground and lost consciousness, Scobie says Madsen and one other Tampa Police officer rushed to his aid. Madsen carried him to the car and sat with him in the backseat on the way to the hospital, according to Scobie.

"He kept me awake. I kept almost passing out. He kept talking to me. Introduced himself to me by first name, told me 'hey I'm Jesse, what's your name?'," Scobie said.

Scobie was able to make a full recovery, thanks to Officer Madsen's quick actions, according to the video.

"Just that 12 minutes has such a long-lasting impact on me. I can only imagine what impact he's had on the community he served," Scobie said of Madsen's life-saving efforts.

“He was no stranger to taking life-saving measures, and he most certainly saved the life of Master Deputy Scobie that night. We continue to mourn the tragic loss of MPO Madsen. We will never forget his selfless service to our community," Sheriff Chad Chronister said.

You can watch the full video below.