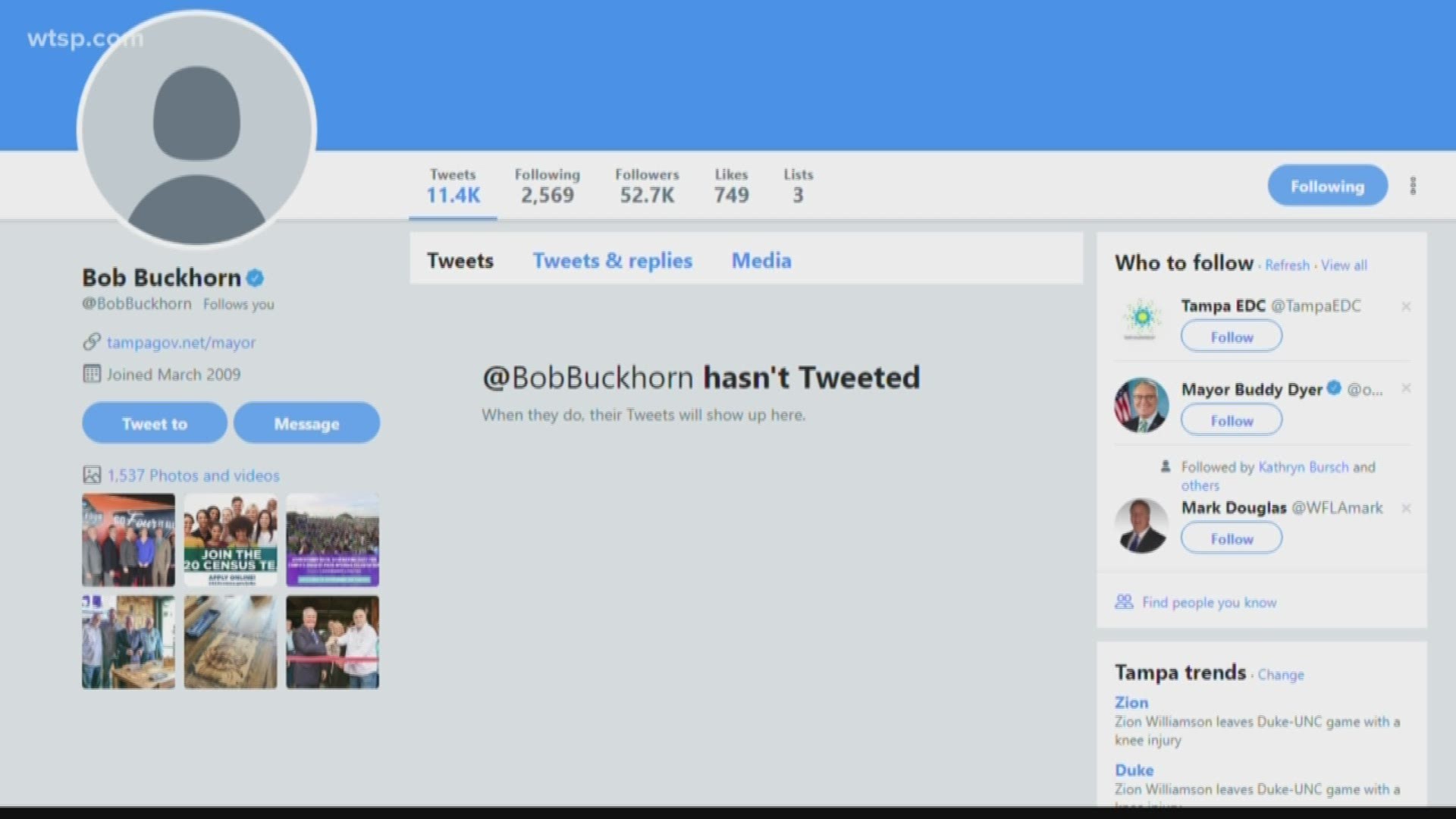 The disturbing tweets, pictures and content have since been taken down.

Some of the tweets made threats to Tampa International Airport, the Tampa VA Office and city of Tampa staff.

"Detectives are working to determine who is behind the despicable messages," Hegarty wrote in an email.

Buckhorn said in a text message to 10News that he is on a hunting trip in South Carolina. The mayor said police are investigating the hack.

Tampa Communications Director Ashley Bauman told 10News earlier Thursday her staff was working to remove the RSS feed of Buckhorn's Twitter account from the city's website. The feed has since been removed from the site after several hours.

"Earlier this morning we noticed someone hacked Mayor Buckhorn's twitter account, this was clearly not Mayor Buckhorn. Upon noticing the hack we immediately began investigating these reprehensible tweets. We are working with the Tampa Police Department as well as all investigators to figure out how this breach was made. We urge residents to change their passwords and continue to alert officials when they see an unlikely change in account activity. We are continuing to work with law enforcement to investigate all threats made by this hack."

Specifically, the threats included an AK-47 attack at Tampa City Hall, attacks on African Americans and a bomb at Tampa International Airport.

Tampa International Airport spokesperson Danny Valentine said the airport is aware of the threat made on Buckhorn's Twitter page.

The hacker tweeted an address in Salem, Oregon, claiming that's where he or she is located. The person also updated the location on Buckhorn's Twitter to the same address.

Police in Salem told 10News the address has been targeted several times over the past year for swatting.

Salem police say they aren't sure of who is behind the swatting incidents.

10News has also reached out to Twitter to make them aware of the situation. 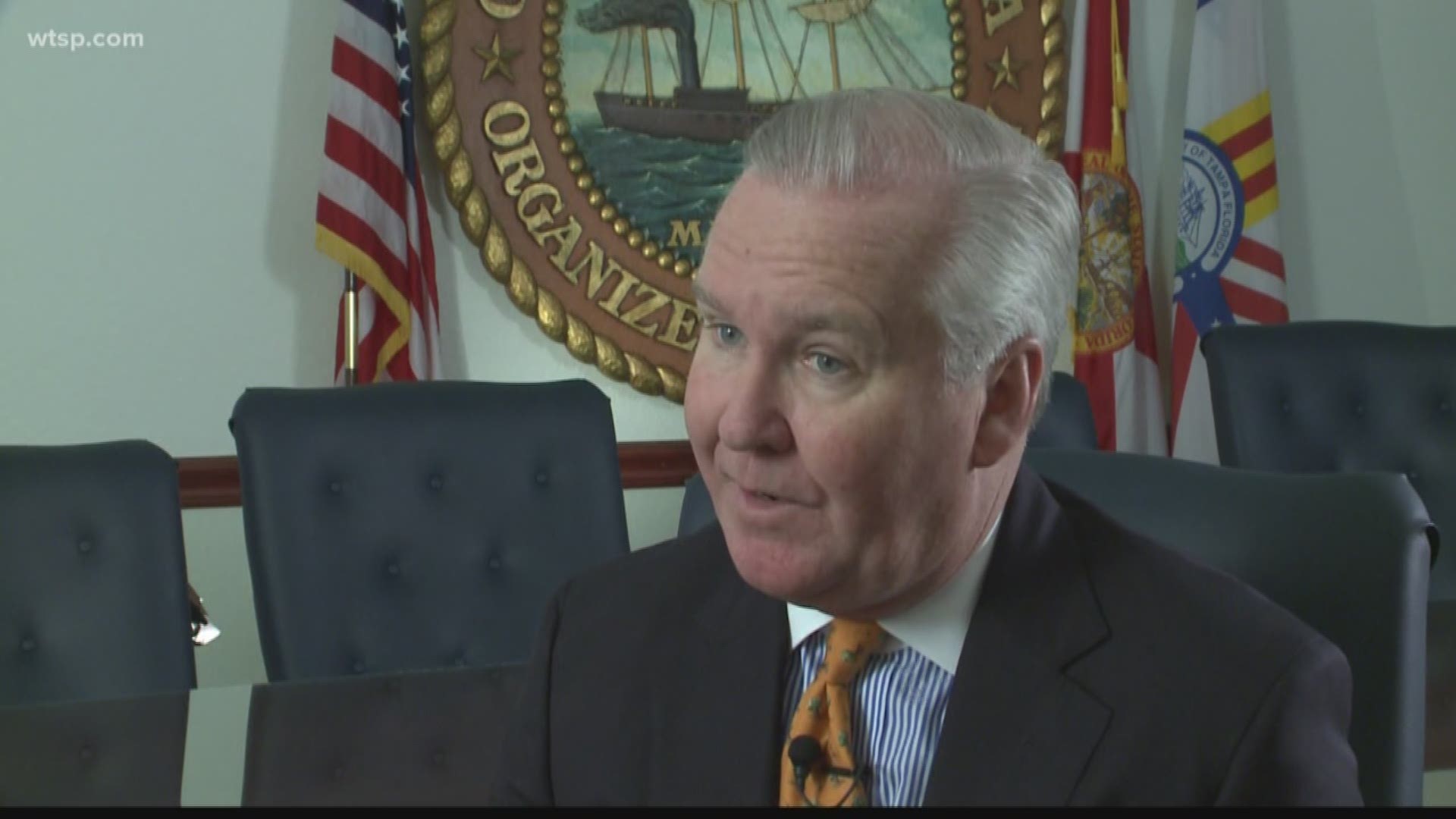