A video shows a man grabbing the employee's shirt and attempting to pull her over the counter at a St. Petersburg McDonald's. 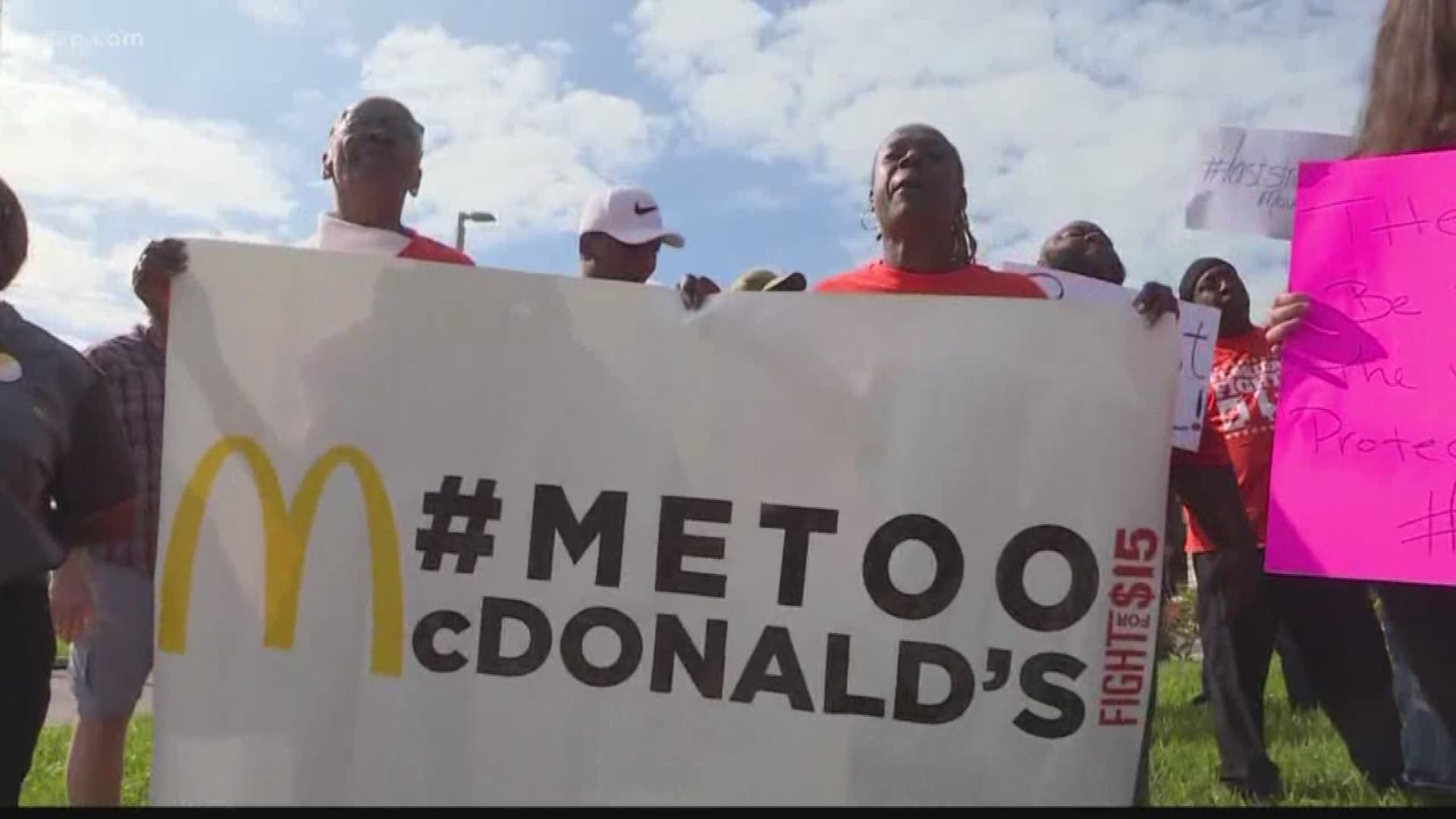 ST. PETERSBURG, Fla. (AP) — A group of Florida fast-food workers is striking after a female colleague was attacked by a customer.

A viral video shows Daniel Taylor grabbing Yasmine James' shirt and attempting to pull her over the counter after he asked for a straw at a St. Petersburg McDonald's last week. James hit him several times in the face.

More: McDonald's brawl started over an argument over straws

Taylor was charged with two counts of simple battery. Police say he also kicked another worker.

The group Fight for $15 says it will strike during Tuesday's lunch rush to demand fast-food chains protect workers from safety threats.

More: 'Just let me go': McDonald's worker seen in viral video says boxing taught her how to fight back

McDonald's employee Gail Rogers said in a statement that she's is planning to strike because she doesn't feel safe on the job. She says workers are subjected to all types of behavior including sexual harassment.