The crash happened amid a tornado warning in the area. 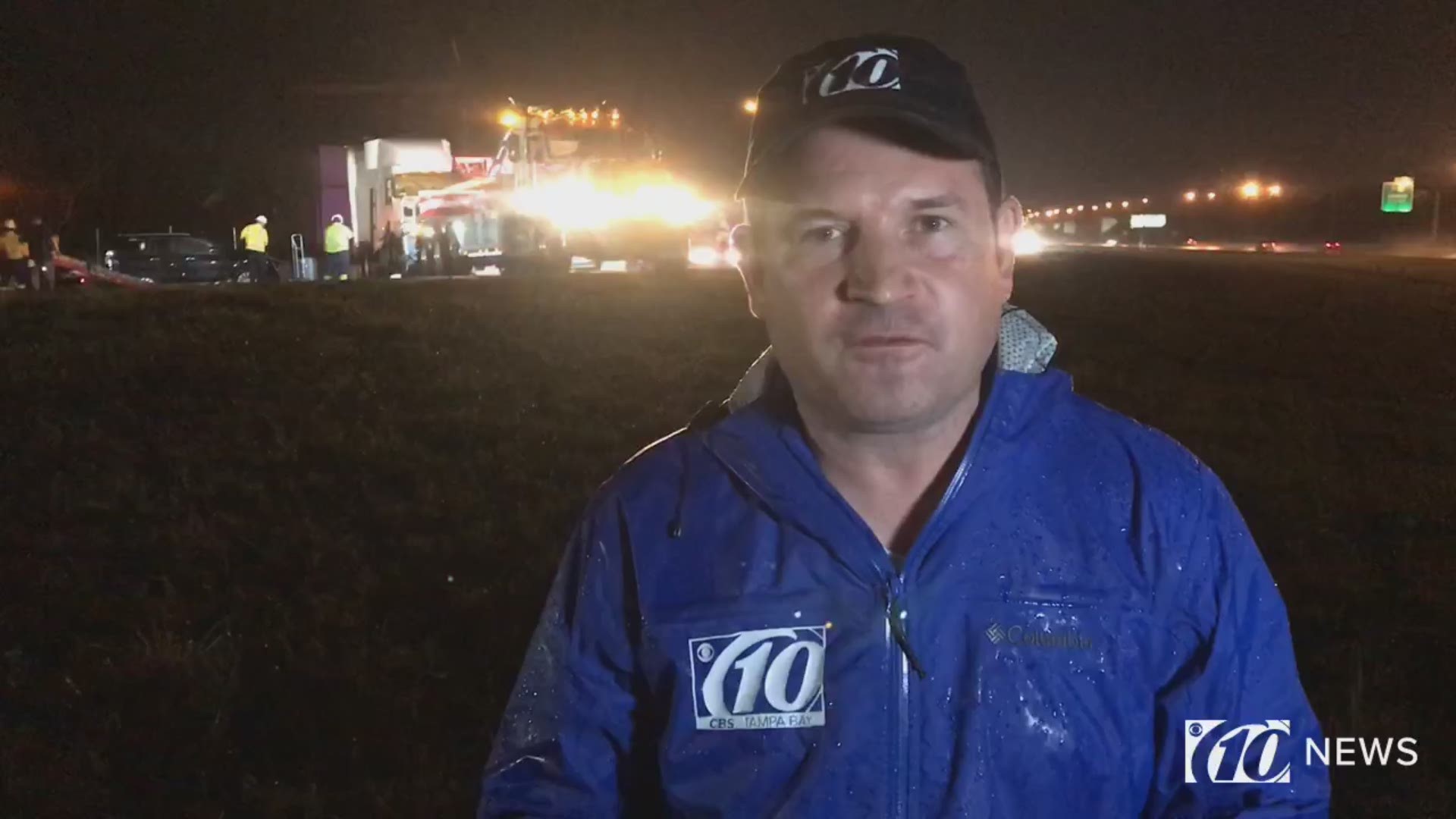 LAKELAND, Fla. — Incredible video shot by a driver on I-4 shows a possible tornado picking up a semi-truck and overturning it onto an SUV the next lane over. The incident happened Friday night around 11 p.m. near Lakeland and County Line Road.

A passenger in the SUV that was crushed reports seeing the possible tornado just before a large object flew over the SUV, crushing the front end.

The student driver and her passenger were on their way from Disney World to Sarasota when the crash happened. Both escaped with only minor scrapes.

Witnesses say the driver of the semi-truck also walked away from the crash.

The westbound lanes of I-4 were shut down for several hours before three large tow trucks were able to upright the semi and haul it away. The owners of the SUV were able to get a ride home from a friend.

A second semi-truck was also blown off the road on the Polk Parkway several miles away. The driver of that truck was taken to a local hospital to be checked out but was expected to be okay.

RELATED: Sarasota Half Marathon rescheduled due to Tropical Storm Nestor