Tampa, St. Petersburg, Sarasota among the most dangerous places for pedestrians in the U.S., report finds 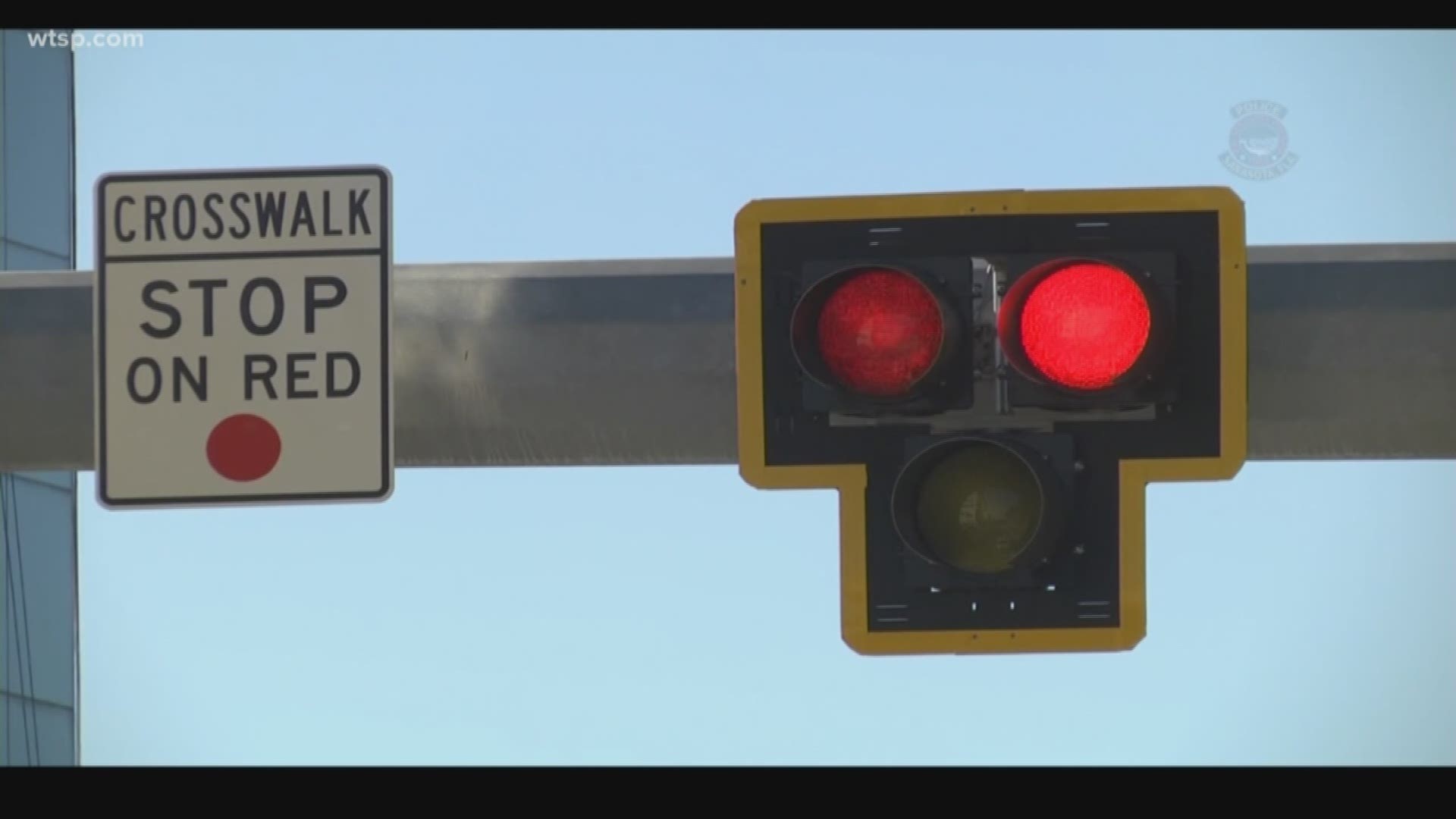 ST. PETERSBURG, Fla. — Florida ranked No. 1 as the state most dangerous to pedestrians, according to a report released Wednesday.

Smart Growth America's "Dangerous By Design" report details a closer look at pedestrian safety and deaths around the country. The report says between 2008 and 2017, drivers hit and killed 49,340 on streets on the U.S.

The report says that's more than 13 people per day and is the equivalent of "a jumbo jet full of people crashing -- with no survivors -- every single month."

Dangerous By Design called pedestrian deaths an "alarming epidemic" that's increased by 35 percent in the past decade. The report says 2016 and 2017 were the most deadly years for people killed by drivers while walking since 1990.

Looking at all 50 states and the District of Columbia, Florida is deemed the most dangerous for pedestrians. From 2008 to 2017, drivers in Florida struck and killed 5,433 people walking on its streets.

Vermont ranked last with only 50 pedestrian deaths in the 10-year period.

Metro areas were ranked by the "Pedestrian Danger Index" rather than the actual number of pedestrian deaths. The index measures how deadly it is for people to walk there "based on the number of people struck and killed by drivers while walking" and "controlling for the number of people that live in that state or metro area and the share of people who walk to work."

So, while New York-Newark-Jersey City had the highest number of pedestrian deaths with 3,210 in the 10-year period, the area ranked 93 on the Pedestrian Danger Index.

In 2018, there were numerous pedestrian deaths in Tampa Bay, including a Christmas Eve hit-and-run crash and a crash on busy Bayshore Boulevard that killed a mother and her young daughter.

And just 10 days ago, state troopers were investigating a crash in Tampa that killed a man who police say was not walking in a crosswalk.

The Dangerous By Design report said pedestrian deaths are increasing because streets are being designed with vehicles in mind – not people. The report also says "federal and state policies, standards and funding mechanisms still produce roads that prioritize high speeds for cars over safety for all people."

The report says older adults, people of color and people walking in low-income communities are the ones most likely to be involved in fatal crashes involving pedestrians. People 50 and up, especially those older than age 75, are "overrepresented in deaths involving people walking."

The report also says the low an area's median household income, the more dangerous its streets are most likely to be for pedestrians.

Sarasota Police uses the High Visibility Enforcement grant to cover the cost of the pamphlets and time spent educating the public. Officer Frank says last year officers clocked 150 hours and spoke with one-thousand drivers, pedestrians and bicyclists on how to stay safe on the road.