“At least 800 bodies unaccounted for from the cemetery...formerly known as Catholic/St. Mary's," said Ray Reed. The Diocese of St. Petersburg says graves were moved. 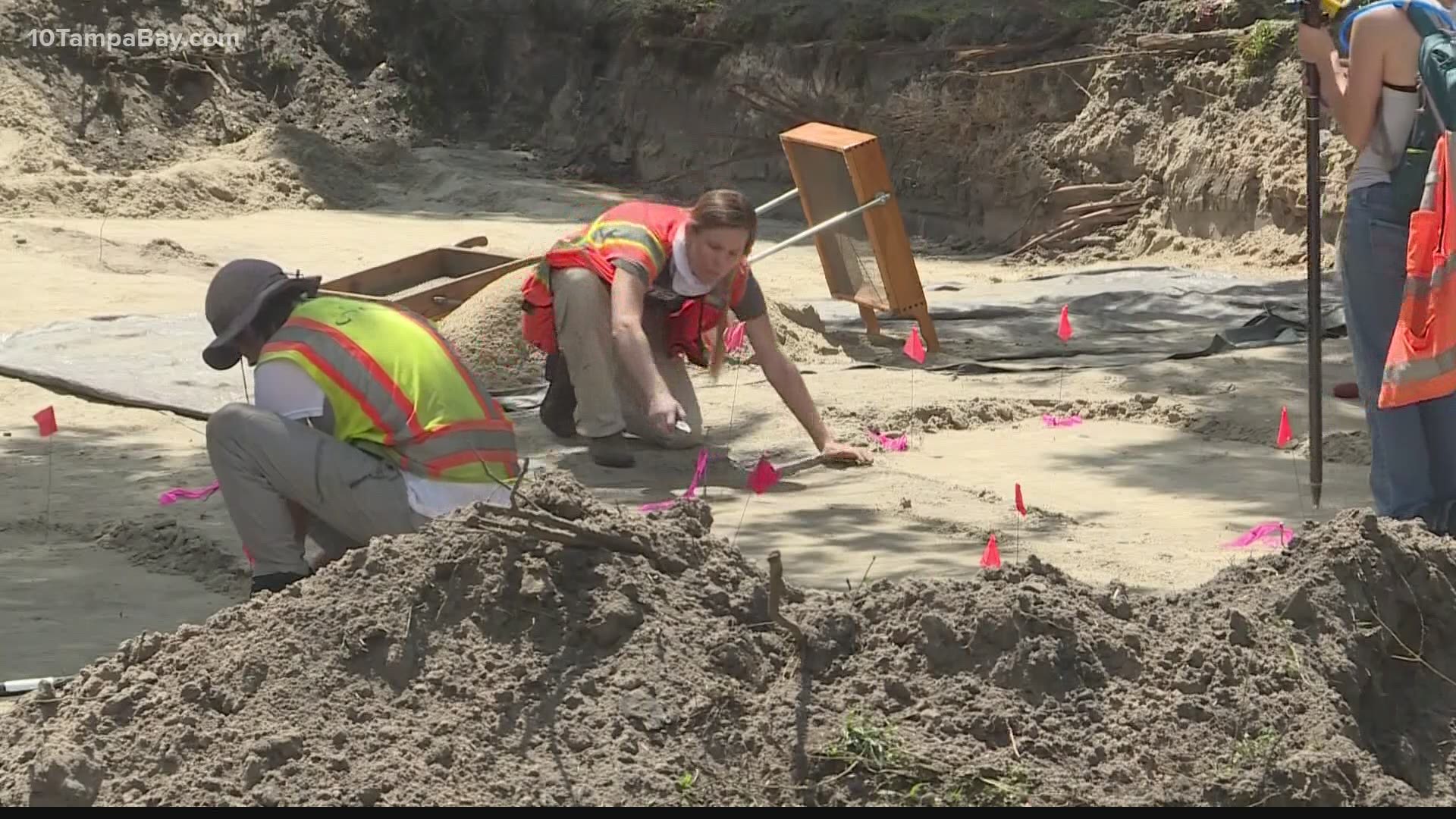 TAMPA, Fla — As state lawmakers and city leaders gathered Thursday in Robles Park Village at the site of the destroyed Zion Cemetery to mark the passage of a new law protecting erased African American burial grounds, the whistleblower who led archaeologists to hundreds of lost graves across Tampa Bay pointed to the possibility of hundreds more just a few blocks away.

RELATED: ‘It's never too late to right a wrong': Taskforce to address abandoned, destroyed African American cemeteries signed into law

“Today, I mentioned some math not working,” said Ray Reed, a former Hillsborough County worker who researches missing cemeteries. “At least 800 bodies unaccounted for from the cemetery next door, formerly known as Catholic/St. Mary's.”

The Catholic/St. Mary’s Cemetery was once located in the 3500 block of Florida Avenue, a few minutes from Zion, where archaeologists used ground-penetrating radar and careful digs to confirm nearly 300 graves. They found them at the Tampa Housing Authority’s Robles Park Village, a neighboring towing lot and an empty building owned by Tampa restaurateur Richard Gonzmart.

A 1926 article in the Tampa Tribune said about 25 percent of the 400 graves interred in the cemetery had been moved, but Reed says his records from death certificates show there were far more burials in the cemetery. The graves were supposed to be moved to Myrtle Hill Cemetery in Tampa, but Reed said records for many are missing.

Unlike many other cemeteries in the area, both white and African American burials were accepted. Reed said African American graves are likely still on the property since at the time Myrtle Hill only accepted white burials.

The Diocese of St. Petersburg owns the property where the cemetery once sat. Frank Murphy, a spokesperson at the diocese, said Thursday the cemetery was transferred in 1926, and there are no plans to do any further investigation.

Reed said a record of transferring graves often meant little during those times.

Recent searches for destroyed African American cemeteries across the Tampa Bay area revealed graves often remained on property despite owners being told graves had been moved.