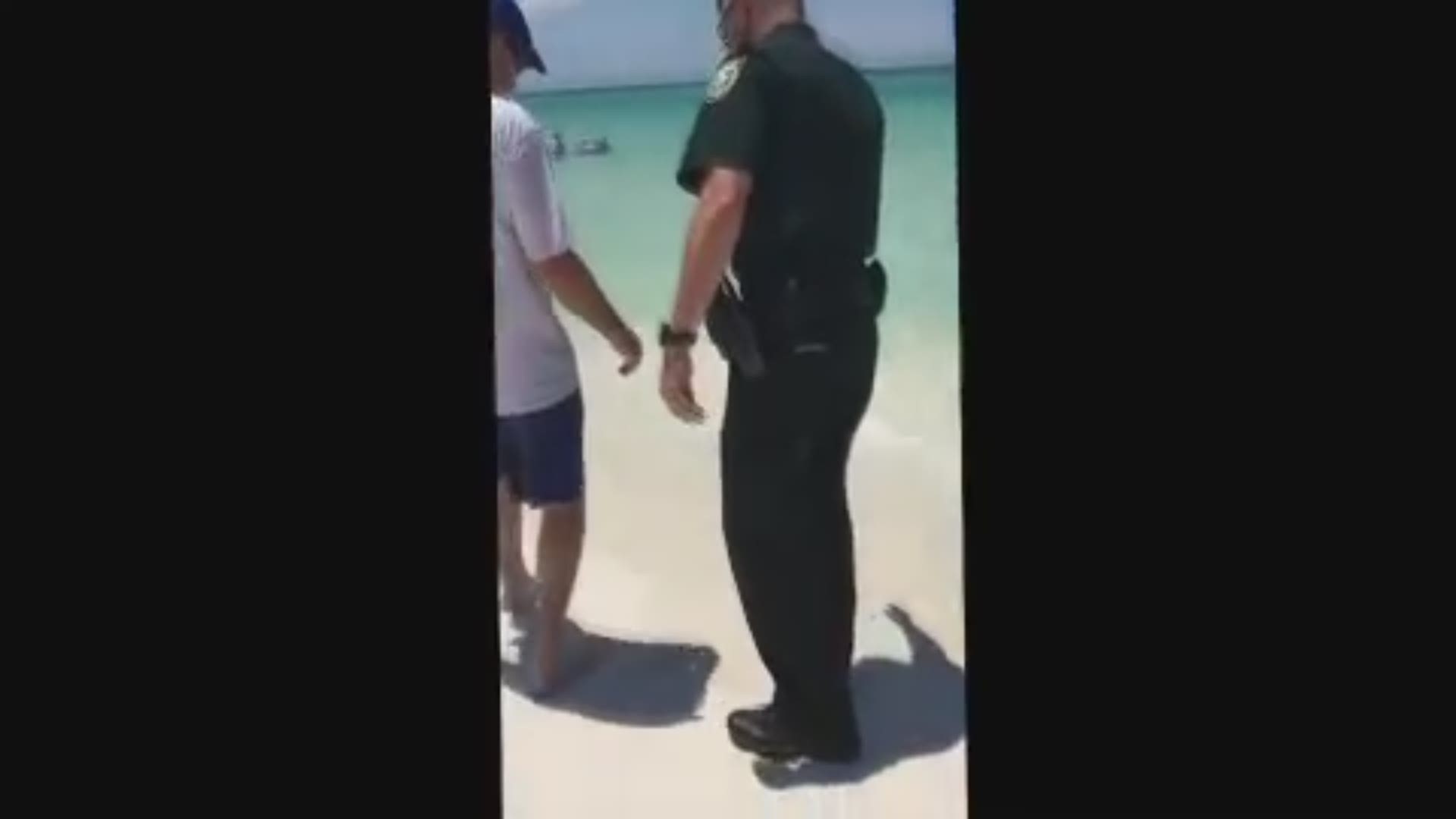 VIZCAYA BEACH, Fla. - A weekend on the beach for one lawyer included lessons on wet sand versus dry sand, drawing lines in the sand and two separate encounters from Walton County deputies - all over the state's new beach access law.

Daniel Uhlfelder, an attorney who lives in Santa Rosa Beach, was relaxing on Vizcaya Beach last weekend when he was approached by deputies.

Gov. Rick Scott supported the new law, which passed the legislature in a landslide, allowing beachfront owners to kick people off their sandy property. The law allows public beach access on wet sand or near the high tide line, but not on dry sand in front of private property, including beach homes, condos and hotels.

The new law, the first of its kind in the country, goes against Florida's long-standing "customary use" beach policy.

State officials estimate about 60-percent of Florida's beachfront property being privately owned, so the new measure received plenty of backlash.

Scott signed an executive order last week calling on counties to not limit beach access. And, despite supporting the new law, he called it confusing and said it was interpreted as a way to restrict beach access.

A point Uhlfelder was seemingly trying to make.

'Pulling deeds on a Saturday afternoon'

A camera was rolling as a Walton County deputy showed Uhlfelder where the wet sand ended on the beach.

The deputy, in a video posted on the department's YouTube page, then illustrated a "rule of thumb" regarding the law, picking up a patch of dry sand to illustrate his point.

"So wherever it's wet, where I can sit?" Uhlfelder asked.

"So instead of enjoying your beach day and probably moving 20 feet to the wet sand, we're going to pull deeds on a Saturday afternoon and keep two deputies," the woman said.

Uhlfelder kept asking what he did wrong, but in the end, moved to a spot that was within the new law.

"We appreciate it so we can get back to work," the woman said. "Enjoy your beach day." 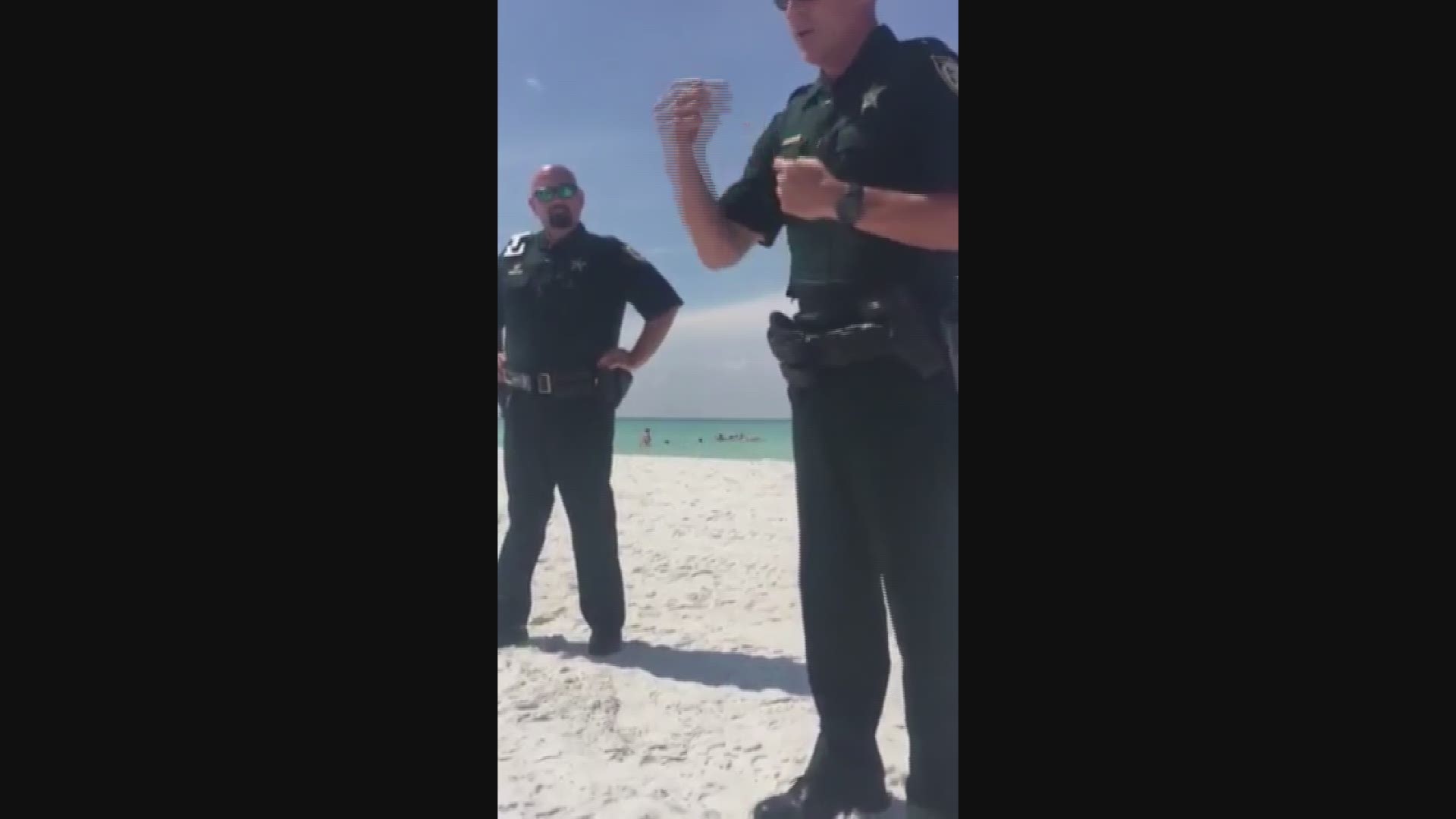 A line in the sand

The same deputy that talked to Uhlfelder on Saturday addressed him by name on Sunday.

This time, Uhlfelder said he asked security to draw a line regarding where private property ends and public access begins.

"For the sake of our discussion, it's the same as yesterday," the deputy said. "It's the wet sand."

Uhlfelder than walked with the deputy to wet sand, drawing a line in the sand as the deputy guided him regarding where the wet sand started and ended.

Along the way, the deputy explained the new law to other beachgoers.

"You don't have to physically draw a line," the deputy told Uhlfelder. "You can see where the water hits."

The man recording the video, which was posted on Uhlfelder's Facebook page, explained that public access starts at the parcel line, not the wet sand line. The deputy then cited Scott's executive order. 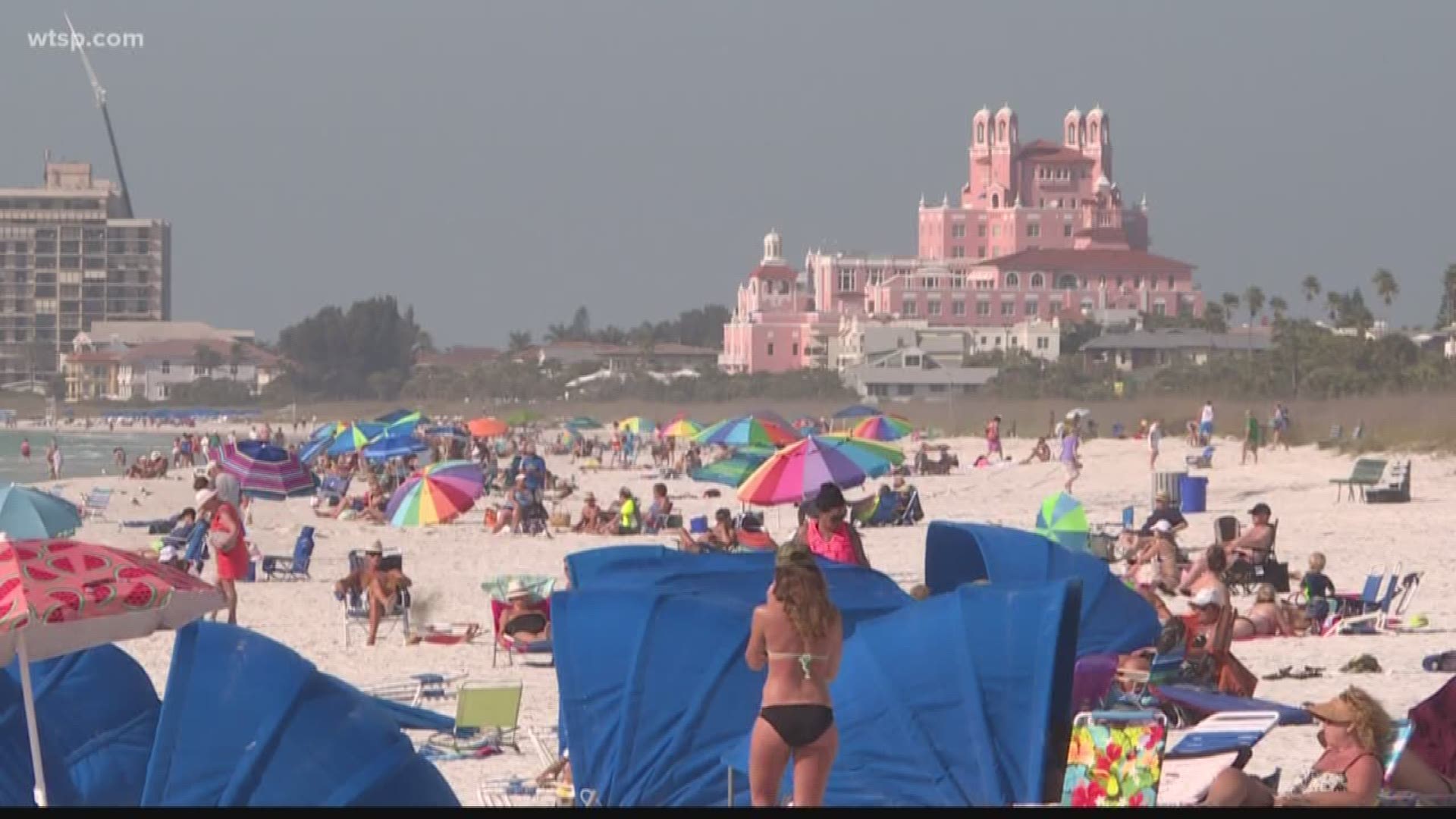 By then, a small crowd had ensued. One person asked why the encounter was being recorded.

"It's not a charade," another man said. "We're trying to protect the beaches that we have. What's a charade are the people who go in and lobby other people we don't know about under us to take the beaches away that we've had our entire lives here. That's a charade."