The team chose Brady, among others, to serve as captain this season during a player-vote on Tuesday. 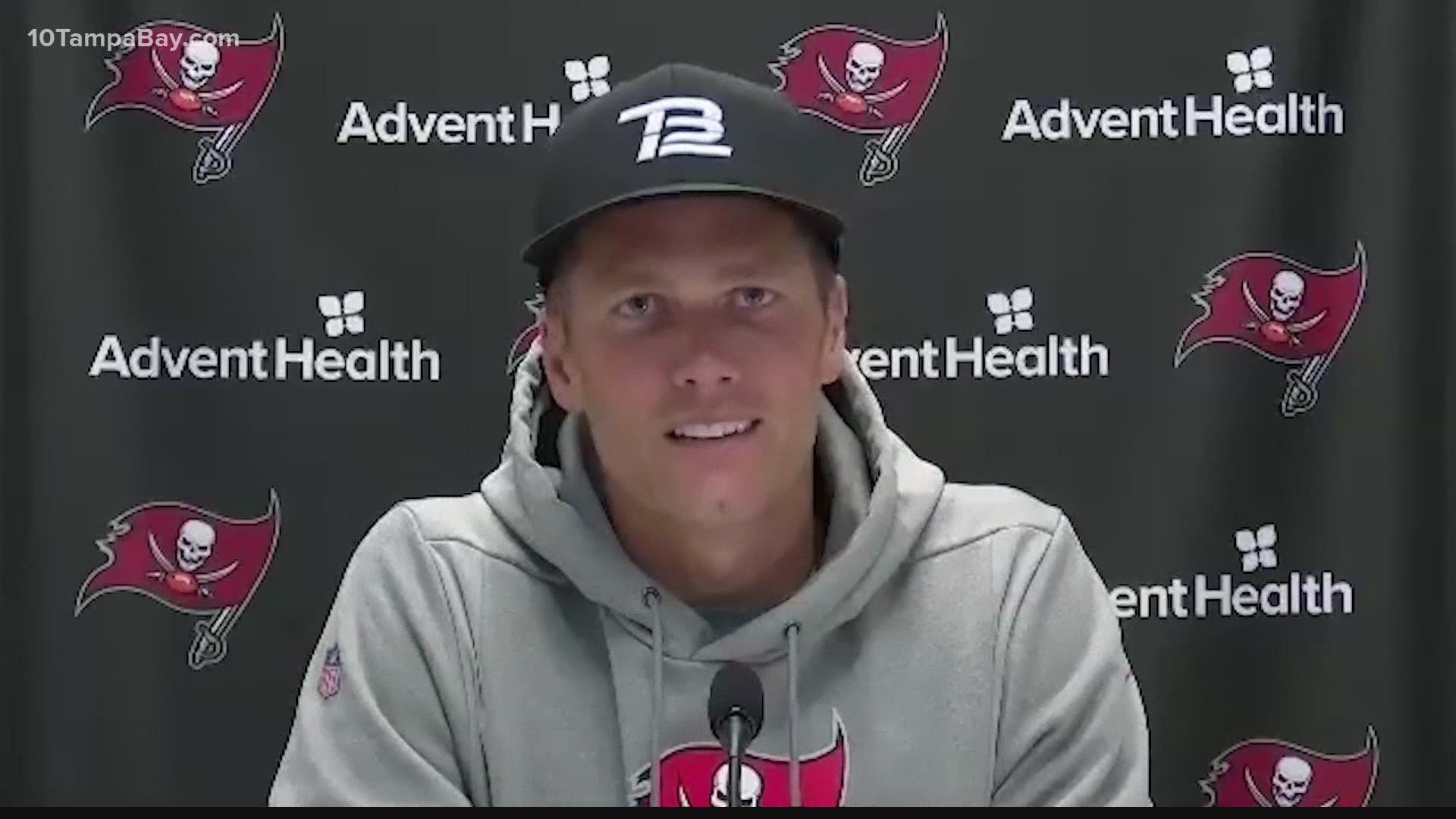 TAMPA, Fla — When the Buccaneers signed quarterback Tom Brady this offseason, they were getting a legend with a wealth of championship-caliber experience.

And it turns out, the team was also signing one of its newest captains.

According to the Buccaneers, the team held an all-player vote to determine the 2020-21 season's captains on Tuesday. Although this is Brady's first year in Tampa Bay, he was selected as one of two offensive captains this year.

Mike Evans is the other, making it four straight seasons with him as a captain.

The team also announced that linebackers Lavonte David and Devin White will serve as defensive captains, and punter Bradley Pinion and linebacker Kevin Minter will serve as captains on special teams.

Bruce Arians announces that your 2020 Bucs captains are:

Brady, 43, is the oldest member of the Buccaneers this year, and given his accomplishments during his 21-year career, it may not come as a surprise that he was named a captain of his new team.

The six-time Super Bowl champ spoke with reporters last month and talked about if he gets the sense that the team has bought into him as their quarterback.

"Really what you put into it is what you’re going to get out of it. You’ve got to work hard everyday to bring your best emotional energy, to be at your best physically [and] to learn to know what to do in order to be your best. The guys that I’ve been around – it’s been just that. Guys are working really hard to get to know one another." Brady said.

Although it may be hard to adjust to a new team and city during a pandemic, Tuesday's team decision to select Brady as captain appears to indicate their support for him and his leadership.

Brady will make his Bucs debut on Sept. 13 against the New Orleans Saints in New Orleans.