'Storm of the Century' slams into Florida bringing surge, tornadoes on this day in 1993

The "no-name" storm, the "Storm of the Century": Many people likely still haven't forgotten the night the winds blew through. 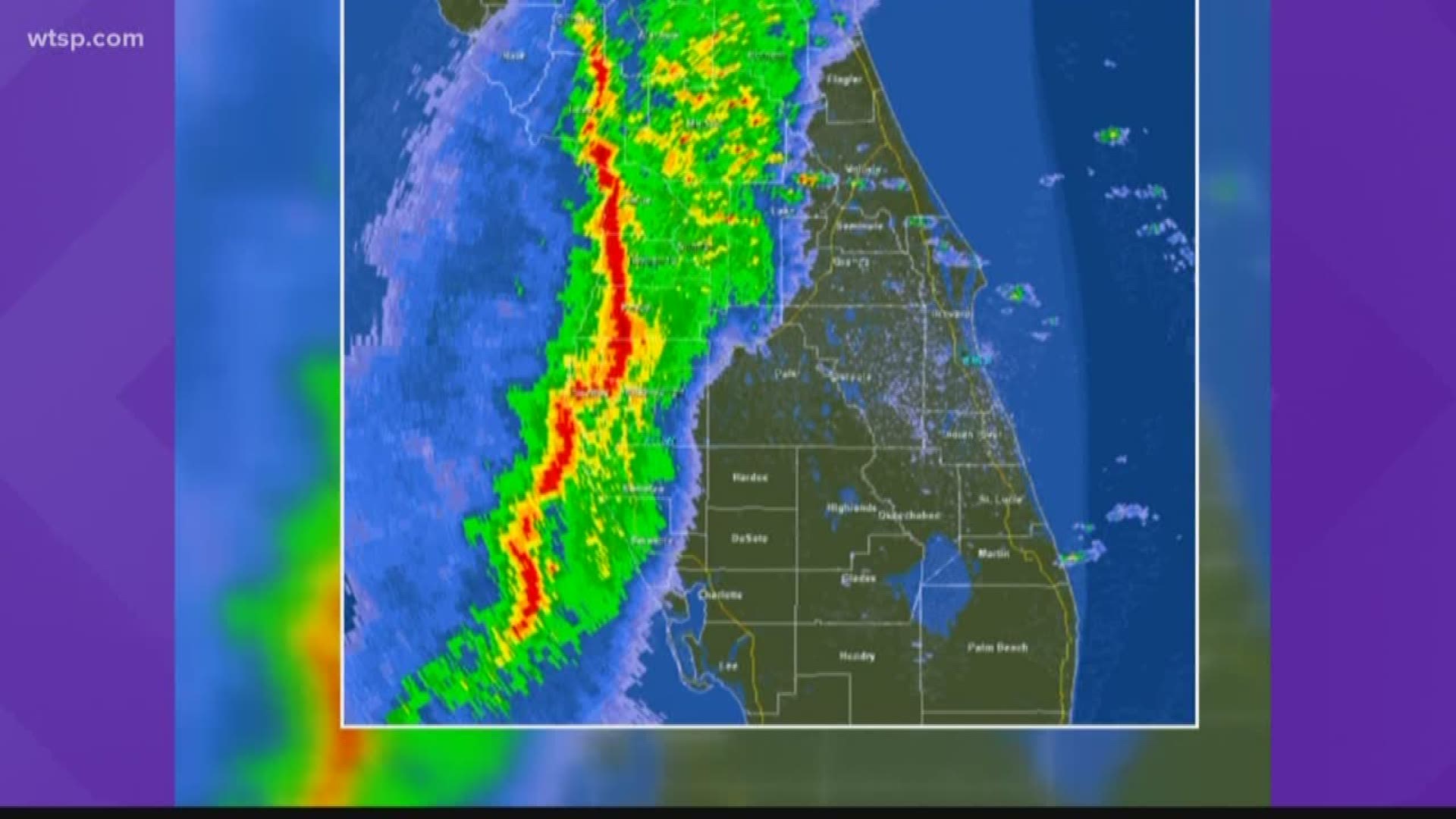 It was just the start of what the March 1993 "Storm of the Century" would unleash on Florida. What followed was storm surge upward of 12 feet, multiple tornadoes and an unbelievable 59,000-plus cloud-to-ground lightning strikes.

To many Florida residents who lived through it, it was like a "no-name" hurricane slammed into the state. Farther north, it was a blizzard to remember.

The National Weather Service reports at least 11 tornadoes spawned from the main squall line. Three people were killed from an F-2 tornado in Levy County.

Back in the bay area, the roaring winds from the line of storms over the Gulf of Mexico blew in a 7-foot storm surge near St. Pete Beach. Twelve feet of water was reported in Hernando County's Pine Island.

The Weather Channel's "Storm Stories" featured the island in a 2003 episode.

"The sky above the Gulf of Mexico is alive with lightning; the product of an unusually intense line of thunderstorms about 200 miles northwest," Jim Cantore narrates.

Fred Bellet, then a photojournalist at the Tampa Tribune newspaper, said there was something different that night.

Bellet and his girlfriend recalled how the Gulf surrounded their home before the water came shooting through the floor.

A 96-mph gust was recorded in the Tampa area, with damage reported in every Tampa-Bay area county.

Charlie Paxton, a meteorologist at the National Weather Service in Ruskin, worked during the day on that Friday and came back that evening in advance of the storm.

"When I arrived, the office satellite imagery showed the squall line racing east at 70 mph!" he said in a retelling of the night. "Our team issued 26 warnings and lead time ranged from 30 minutes to over two hours!

"I upgraded wording in all of the warnings to indicate winds of over 90 mph! Standard warnings usually indicate wind gusts over 55 mph."

The weather service concluded 44 people died from the storm in Florida, including at least seven deaths attributed to storm surge and flooding.

For people up and down the East Coast, the superstorm was a blizzard.

Even Florida got in on the action, with 6 inches of snow reported in the Panhandle. But more intense snowfall occurred throughout the Carolinas through upstate New York.

About 50 inches of snow were reported at Mount Mitchell, North Carolina, with drifts as high as 14 feet. Some 43 inches were recorded in Syracuse, New York.