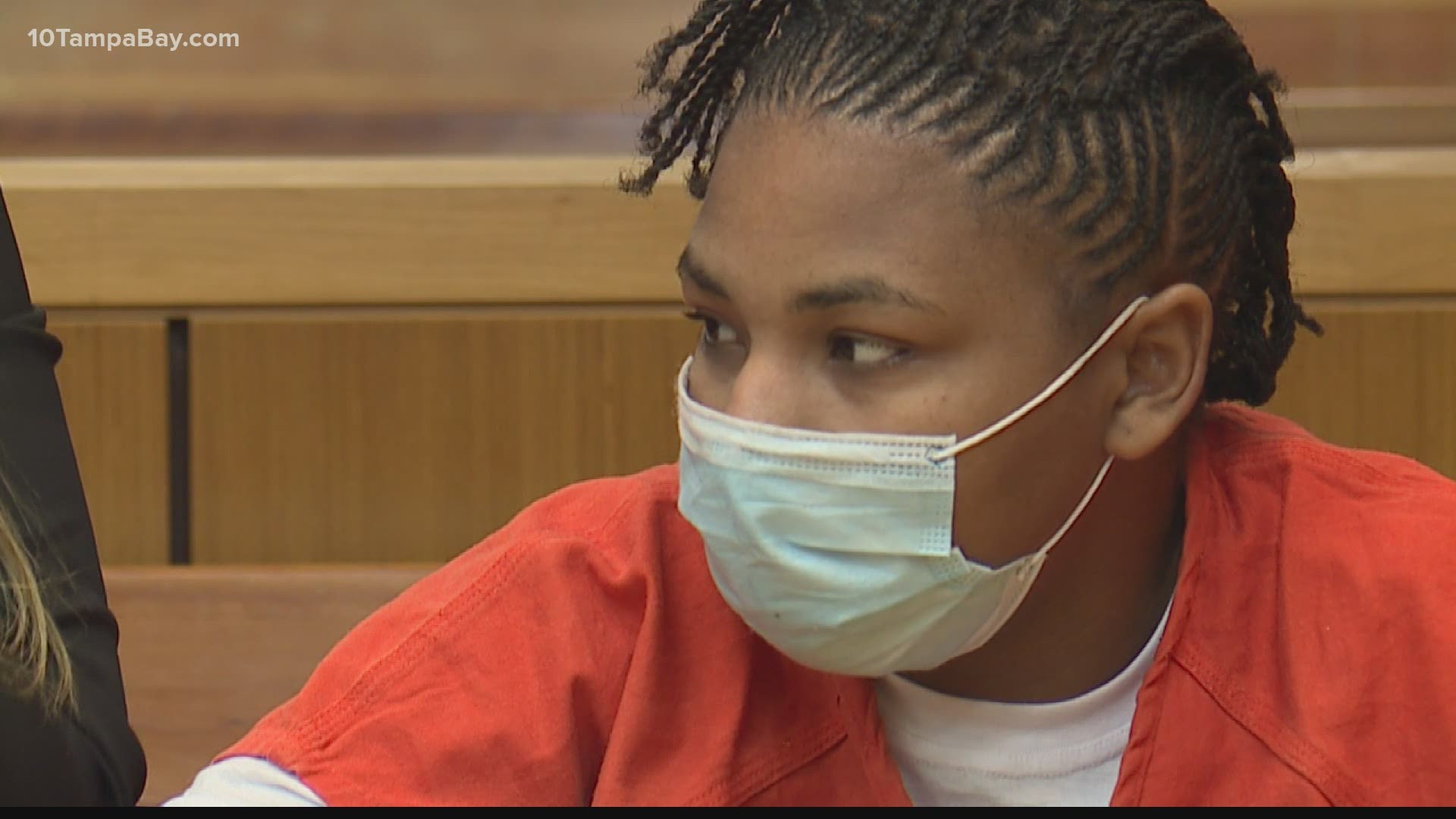 LARGO, Fla. — Charisse Stinson, who’s accused of killing her 2-year-old son and then lying to police about it in 2018, has pleaded guilty before a judge.

During a pre-trial hearing Tuesday morning, Stinson pleaded guilty to the charge of second-degree murder in the death of Jordan Belliveau. This plea comes with a maximum sentence of 50 years. Stinson also agreed to pay the Largo Police Department $27,900.

The department said Stinson was sentenced to 50 years in prison.

"This concludes a Largo Police Department case that has touched the lives of many throughout our region," the department said in a statement. "The sentence was the result of a plea agreement among Ms. Stinson, her attorney, and the Office of the State Attorney."

Back in May 2019, a judge had set a trial date for Charisse Stinson for March 2, 2020. She was charged with first-degree murder in the death of her son, Jordan Belliveau.

In addition to the murder charge, Stinson faces a charge of providing false information to a law enforcement agency during an investigation.

She claimed a man named Antwan offered her a ride and hit her in the face, knocking her unconscious, according to investigators. Detectives say she told them she woke up hours later in a wooded area of Largo Central Park and didn't know where Belliveau was. Investigators say that was all made-up.

In addition to murder, Stinson is charged with aggravated child abuse.

On July 1, "Jordan's Law" took effect in Florida after Gov. Ron DeSantis signed it into law in June. The law is designed to protect children from abuse in the state's child welfare system. You can read the law here.

RELATED: Attorneys for woman accused of killing her young son say she has a lifetime worth of DCF records