A hit-and-run crash appears to have happened before the shooting. 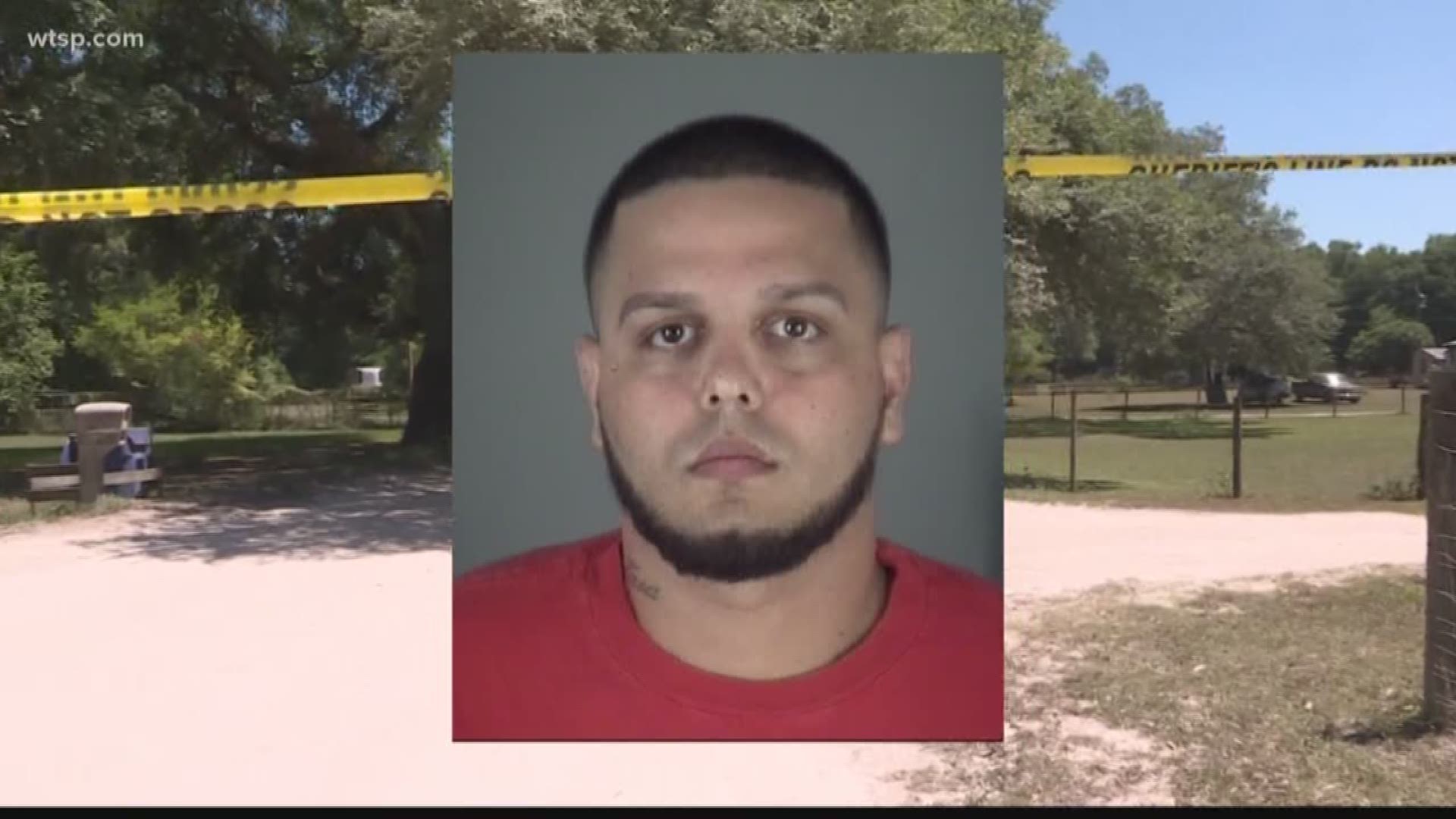 ZEPHYRHILLS, Fla. — A Tampa Police Department officer was flown to the hospital after a shooting late Wednesday morning.

The Pasco County Sheriff's Office says the off-duty reserve officer, later identified as Robert Potts, followed a man who left the scene of a hit-and-run crash.

When the officer followed the man, later identified as 33-year-old Christopher Jones, both got out of the car and a struggle between the two happened as the man tried to get away, deputies say. The officer's gun went off while the struggle on the ground was happening, hitting the officer in the shoulder, the sheriff's office said.

The officer was taken to a local hospital and Jones ran away from the scene, deputies say.

Deputies later took Jones into custody on charges of narcotic possession after his vehicle was searched following the hit-and-run crash, deputies say. The arrest affidavit says he was also charged for driving on a suspended license.

He was found with 95.8 grams of marijuana, 2.5 grams of cocaine, 26.7 grams of methamphetamine, and around 50 pills, according to the affidavit. Deputies say he admitted to the drug charges.

"My heart was like shaking, I was in shock when I heard it. I was like, oh my God. It was scary," said Kylie Luce, a resident in the area.

According to an emergency official, the initial crash happened in front of Tires Plus on Gall Boulevard near 5th Avenue. The official said the shooting happened more than three miles away on 23rd Street near Pretty Pond Road.