The state Ethics Commission said it found probable cause Andrew Gillum accepted gifts in violation of civil law, including a ticket to the Broadway show "Hamilton." 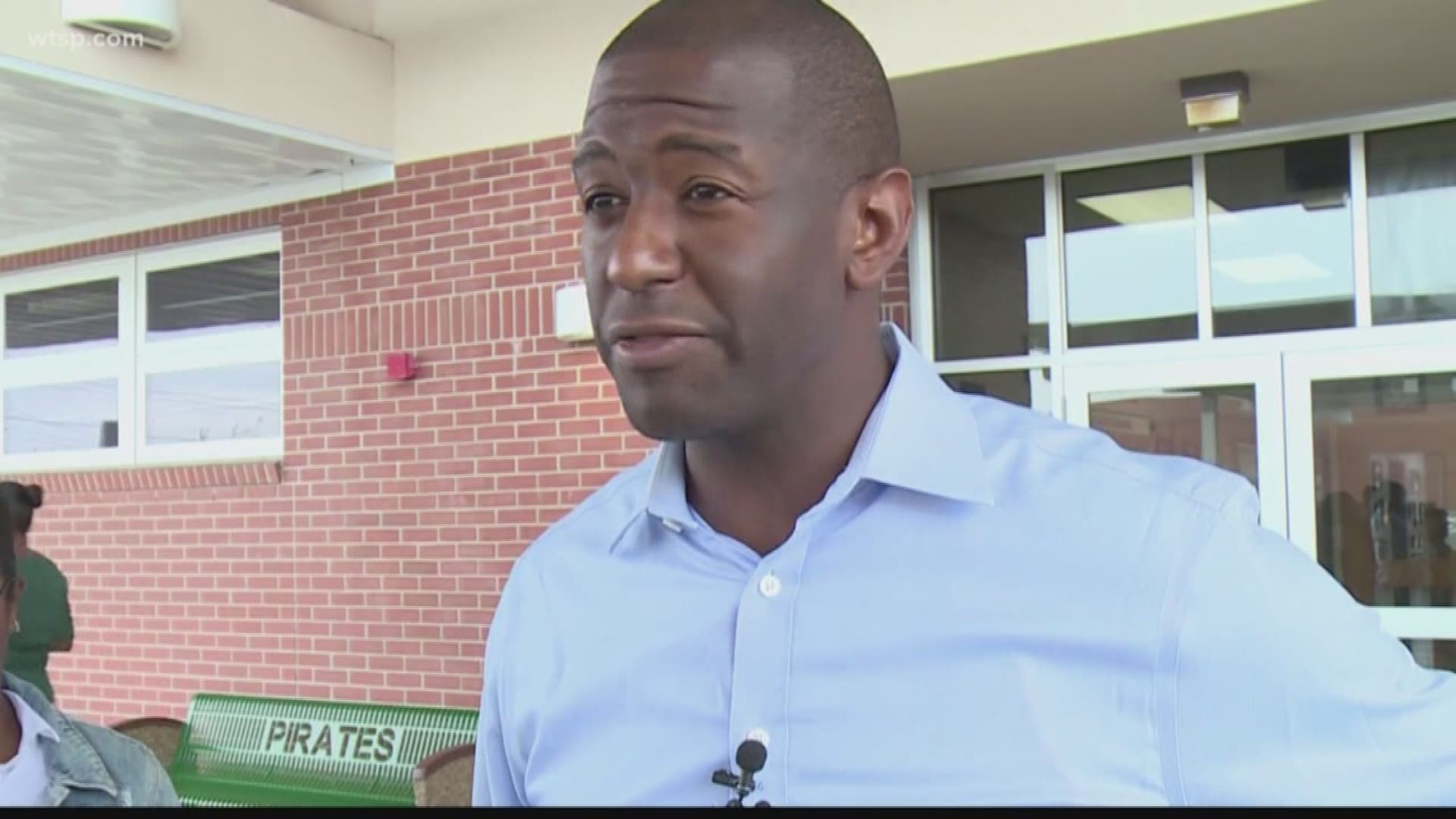 MIAMI — Former gubernatorial candidate Andrew Gillum agreed Wednesday to pay a $5,000 fine to settle an ethics complaint that he violated civil law by accepting a gift from a lobbyist, and the state Ethics Commission agreed to drop four additional counts of violations, his attorney said.

The settlement, announced in Tallahassee just as Gillum was to go before an administrative hearing, ends a lengthy ethics investigation that factored heavily in the Democratic candidate's unsuccessful campaign for governor last year.

Republican then-candidate Ron DeSantis repeatedly criticized Gillum over the allegations, which involved the former Tallahassee mayor's travel to New York and Costa Rica and his alleged acceptance of a free ticket to the Broadway show "Hamilton." Gillum denied the accusations at the time.

Gillum attorney Barry Richard said Gillum agreed to a count of accepting a lobbyist's gift worth more than $100, and that it involved a free boat ride of about an hour and a half for a party of seven around Manhattan.

Gillum said in a statement Wednesday that he "never knowingly violated any ethics laws. Once I was made aware of one issue, I took responsibility."

Now a CNN commentator and a campaigner for voter registration, Gillum said he would get back to work.

RELATED: Andrew Gillum is joining CNN as a political commentator

"I'm eager to get back to the work of registering and re-engaging one million new Florida voters before 2020," he said.