Our 10Investigates team looks at 10 of the stories that made the biggest impact. 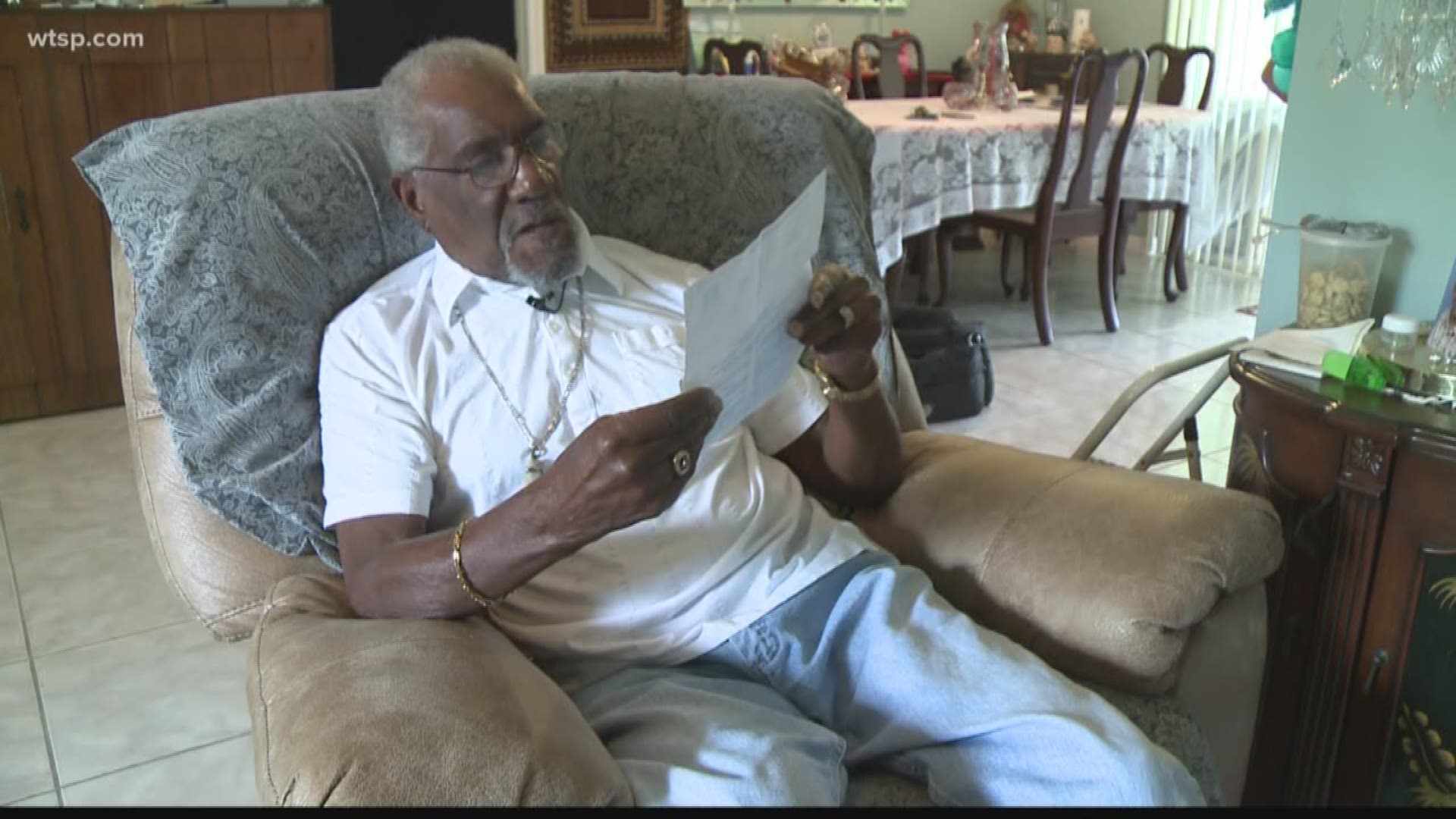 TAMPA, Fla. — From a woman unable to get her mail, to a painter who never showed up and a car stranded at the shop for seven years - 2019 was filled with issues you asked Turn to 10 to help with.

Our 10Investigates team looks at 10 of the stories that made the biggest impact.

10News receive dozens of calls and emails each week from you asking for our help for all sorts of things. Unfortunately, many of those have to do with contractors who stop showing up or, like in the case of Christine Bohner, never show up at all.

Christine hired a contractor to put in new storm windows. She signed a contract and paid $5117.50 Then, he never showed up.

When 10Investigates called the contractor, he arrived at Christine's door, money in hand.

Sometimes all it takes is a phone call from us to get both sides together. That was the case for Army veteran, James Butler.

He bought a classic 1966 Ford Mustang before dropping it off with a mechanic. Both say the agreement was to fix it up, but there was nothing in writing.

Years went by, and the mechanic took out a lien saying he was owed $5,000. James paid but didn't take his car home.

Seven years later, James Butler Turned to 10. 10Investigates sat down with the mechanic.

"7 years! How did we get here?" 10Investigates' Courtney Robinson asked the mechanic.

"Just lack of communication," he said. "I take responsibility for it 100 percent. Again, he dropped the car off in my hands to take care of it."

After Turn to 10 stepped in, both came to an agreement to sell the car, leaving both parties happy.

Read the story: After 7 years at a repair shop, veteran turns to 10 for help with his classic car

While we work hard to get resolutions, we also hope to teach our viewers their rights. That was the case for Sheila Carchio.

Her neighbor was having a tree cut down and the tree trimmer came over to ask permission to come onto Sheila's property. She said yes, then her neighbor's tree came crashing down on her fence.

The tree trimmer patched up the fence but promised a better fix.

Weeks went by and he never came back, so she Turned to 10.

The tree trimmer's general liability insurance would cover the fix, but Carchio didn't know that until we told her.

She says she learned a valuable lesson and we hope other viewers learn from our stories too.

Read the story: Tree crashes through woman's fence. She Turns to 10 for help

Our Turn to 10 stories aren't always about getting a resolution. A perfect example is Peter Fernandez.

After knee surgery, Peter saw the bill from his doctor who charged a negotiated rate of $888 for a knee brace.

"It just struck me as odd that they're not even offering me any options, they're just giving me this, and I'm going to have to pay," Fernandez said.

We found out the cost wasn't excessive, but we let Peter and other viewers know what can be done ahead of time to make sure this doesn't happen again.

You have the right to ASK questions!

Many people we sit down with say they just didn't get all the information they needed before moving forward with a contractor, and that can cost you a lot of money. Just ask Sonia Bussiere.

She paid a local painter a $750 deposit; and a year later, he never showed up to paint

10Investigates found out the painter was not registered with the state, something all Florida businesses are required to do.

"People really need to be very cautious and apparently I've learned my lesson on checking to see if they are registered with the state," Bussiere said.

In every case we deal with, the issue is viewers paying for a service and not getting what you paid for.

Read the story: Crystal River grandmother Turns to 10 after painter took her money and didn't do the job

Her children say she went in for a full set of dentures.

The balance she was responsible for was the $5,451.30 and that's what she paid in full.

Fannie passed away before her dentures were complete.

Turn to 10 sent multiple emails and made multiple calls, and Fannie's children were refunded $1500.

It's not always about money. 10Investigates has seen several cases that just need to have attention brought to them.

"Exactly, and we're not afraid to get dirty while looking for answers," 10Investigates' Jennifer Titus said.

Mary Wagner and her neighbors called us after their Avon Park neighborhood flooded with sewage. Even we were shocked by what we saw.

"There was a pad from another house, actual feces, toilet paper," Wagner said.

When 10Investigates tried to talk to the person in charge of the sewage pumping company, we didn't get an answer right away.

They didn't want to talk to us.

It turns out the EPA was already investigating the plant.

Read the story: Covered in raw sewage: Neighbors Turn to 10 after dealing with human waste in their yards

And in some cases, all it takes is one call to the right person to help make someone's life a little easier. That was the case with Wanema Santiago.

She has multiple issues with mobility and breathing.

Her mailbox was part of a group of mailboxes that she says was too far away from her home for her to walk to.

"I've been missing my important mail because I can't get there," she said.

Turn to 10 called the post office the next day.

She received her own mailbox.

"If it hadn't been for you guys, I'd still be waiting," she said. "I can get my packages my letters, yay. You did in less than 12 hours what I could do in 4 months. Anyone out there listening you need to call them because they can help. Even he's happy because he can get his bones."

Read the story: She couldn't get her mail for months. So, she turned to 10.

Twelve hours, one of our quicker resolutions. Other times, it takes a little longer, like the case we worked on for Alonzo Hill.

The retired Air Force Veteran was shocked when he received a nearly $3,000 water bill.

"Wonderful and I appreciate what you guys did for us," he said.

RELATED: Veteran receives a nearly $3,000 water bill and has no way to pay

10Investigates loves helping viewers, but sometimes viewers are the ones who step up to help.

From dirty carpets to no fire alarm, Tammy Henson and her mom turned to 10 with multiple issues in their apartment.

When management didn't fix it, Henson used her own money to make the repairs.

After 10Investigates' story, the Pinellas County Housing Authority sent a letter to the apartment complex requesting Henson be reimbursed.

The housing authority also put the apartment complex on their "do not work with list" so other families didn't have the same problems.

"If I had the money, I would be able to pay for a good pair of shoes without holes in them," she said.

The best part of this story though is a viewer reached out to Turn to 10 and gave Henson money for not one but two pairs of new shoes.

RELATED: Stained carpets, no fire alarm: Veteran Turns to 10 amid issues at Clearwater apartments
And, that is what Turn to 10 is all about - helping our neighbors.

Thank you from all of us here. Let's keep all that help going in 2020.

Check out all of our Turn to 10 stories as well as our 10Investigates stories online.

RELATED: 'Someone is going to die!': Bay Area teacher takes job in retail after second attack by student

RELATED: It's now easier for felons to vote in Hillsborough County